Since the four major-party candidates running in two key congressional races are all Asian American, neither Democrats nor Republicans can rely on the politics of representation alone. 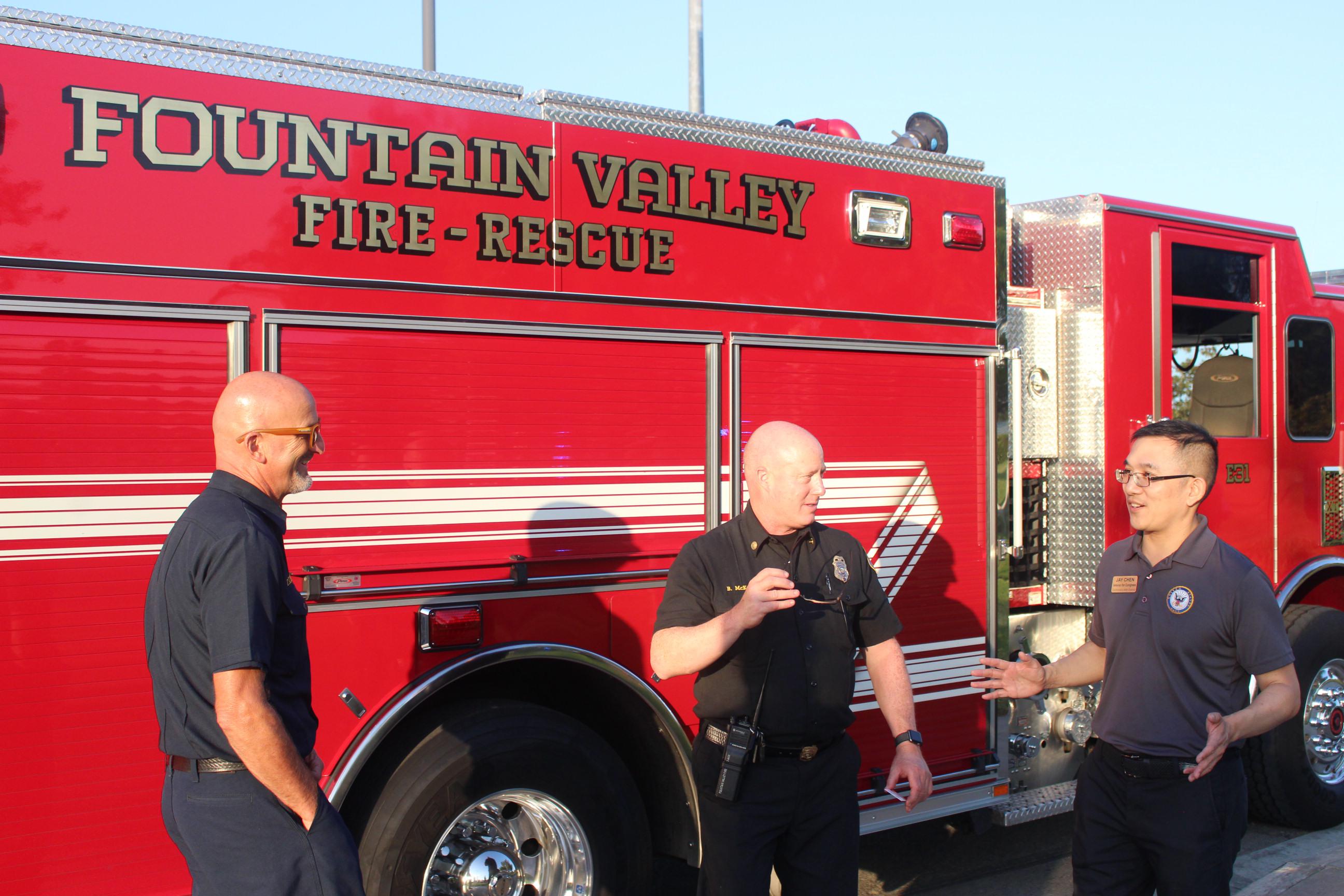 “Asians are prototypical swing voters,” Chen told Hyphen Magazine at the time. “A lot of Asians are registered Republican but are not wed to the GOP. If you put a qualified Asian Democrat in front of them, they’ll vote for that person.”

He was wrong. Ed Royce defeated him by 15 points. Years later it was Kim, who was once Royce’s staffer for Asian American outreach, who became a Korean American icon with her election to Congress.

This year, both candidates are running again, and both face Asian American opponents in battleground districts.

In the newly drawn 40th District, which is more comfortable for Republicans, Kim faces Dr. Asif Mahmood, a Pakistani immigrant. There, according to information from Political Data Inc., at least 14.9 percent of voters are Asian or Pacific Islanders. In the neighboring 45th District, where Chen is taking on another Korean American freshman, Republican Michelle Steel, at least one-third of voters identify with the label Asian or Pacific Islander. The district encompasses the neighborhoods known as Little Saigon, Koreatown, and Little India. Vietnamese Americans make up the majority of Asian American voters, followed by Korean, Filipino, and Chinese Americans. These voters are split relatively evenly in their party registration.

“We know traditionally, when there's an Asian American candidate running, that actually does increase the interest of the community paying attention to the elections,” said Christine Chen, executive director of Asian Pacific Islander American Vote. “Partially it’s because when you're a candidate, you're of course going to turn to your base, and your own networks, and engage them.”

Certain segments of the Asian American population—like first-generation immigrants who don’t have as much access to information—may still opt to vote for candidates that come from similar ethnic backgrounds. But in recent years, thanks in part to the surge of Asian American candidates, parties and politicians have begun to realize that they can’t rely on the politics of representation alone to win over Asian American voters. More candidates now understand the importance of investing money, staffers, and other resources earlier on.

“The conversation has to be a little bit more nuanced as to be more understanding of where the community is, and not just doing it in a transactional way,” said Shehn Datta, national political director at the progressive AAPI Victory Fund.

Orange County will be a top priority for the Victory Fund, which backed Chen months ago and will endorse Mahmood in the next few days, Datta told National Journal exclusively. The group also has previously unreported independent expenditures in the works in both districts in September.

Despite the increased attention to Asian American voters in Orange County in recent years, leaders say there is still room for improvement, especially among Democrats, who more recently began tapping into the community traditionally seen as more conservative.

Foo noted that instead of hiring people like Allen, some campaigns bring on staffers inexperienced with local Asian American communities. Those staffers bungle AAPI outreach, a problem that continues today.

Republicans build on their traditional advantage

“I think the GOP has done a better job of marketing: like having a rollout, like those centers,” Christine Chen said, referring to the community centers the RNC has opened to court voters of color. “I know the DNC has hired a number of staff, … but their marketing, I think, isn't the same.”

The RNC’s Vietnamese community center in Little Saigon, the first of its kind in the nation when it opened last year, is in the new 45th District, in Westminster. Midday on Tuesday, the office was closed, and the windows were covered, so all that was faintly visible from outside were a few yard signs, including one for Steel exclaiming, “Create Jobs!”

At a bus stop 30 yards away sat Mark Anthony Velarde, a musician from Garden Grove who plays at local Vietnamese clubs. Velarde did not know who was running for Congress there: “I don’t see any signs, do you?”

But he did know who he would be supporting: “Not the Democrats,” he said.

Velarde, who is Native American and Hispanic, said he and his girlfriend, who is Asian American, read political pamphlets in Vietnamese and English. About 30,000 voters in the district use Vietnamese-language ballots; a smaller, but still significant share use Korean-language ballots. In-language outreach is one of the most important facets of strong AAPI engagement in Orange County and one that all four candidates have done well.

Language became a point of contention in the 45th District race in the spring, when Chen suggested that “you kind of need an interpreter” to understand what Steel says. Steel’s campaign soon labeled the comment as racist. Weeks later, he published an op-ed clarifying that he did not mock her accent, and in fact grew up in a house where his immigrant parents spoke with their own unique accents.

“I don't think there's anything wrong with someone having an accent, but I will never hesitate to point out when someone is voting against their own community,” Chen said. “It's really sad to see her try to portray herself as a victim of any kind of anti-Asian incident.”

Korean is Steel’s first language, followed by Japanese, then English. She sees her language skills as a strength in the district and reads articles out loud every morning to improve her English pronunciation.

“​​I know I have to do this forever. Because I know I'm going to have an accent, since I came to this country when I was 19,” she said. “I think he should apologize to all the first generations. … Instead of mocking my accent, he should really [be] thanking first generations for what they did for him, ... for second generations.”

Her comment highlighted the ways the candidates are thinking of Asian American voters—not just as a monolithic voting bloc, but as one with different segments to whom they must individually appeal. The divisions that political insiders often use to appeal to white voters, especially along generational lines, are finally coming into play with the large Asian American population in this district.

Democrats in particular are counting on a younger, more progressive generation of Asian Americans to come out to vote—and to win over their parents.

“Asian Americans vote as a family,” Foo said. “It’s multiple generations around the table talking about the issues and reading the ballot. … ‘Do you really want to vote for that person just because they're Asian? Or do you really want to look at what they stand for?’ And so we're seeing a lot of younger people involved in influencing their families, when maybe they didn't have that power before.”

To that end, the party is seizing on the social issues that have gained attention in the wake of the Dobbs decision this summer, pointing out that Asian Americans largely support reproductive choice.

“We are living in metropolitan Southern California,” Chen said, pointing out that Steel voted against recent bills protecting the rights to same-sex and interracial marriage, as well as birth control. “The vast majority of people here ... support gay marriage; they support the right for a woman to choose her own health care decisions.”

Asked about abortion Monday, Steel said, “My record is very, very clear. I am pro-life, exception of three things: the mother's health, and what is that? The other one? The—”

“Rape and incest,” her spokesman chimed in.

In the past, Foo said she would hear from Asian American voters with comments like, “People keep pandering to my family about issues back in our home country, but I'm really concerned about housing here; we can't find affordable housing. I'm worried about my parents as they get older. I'm really worried about their health care.”

Now, the list of issues politicians talk about with Asian American voters is much longer. In the 45th District, the candidates are making good on the shared sentiment that the issues Asian American voters care about are the issues all voters care about, including crime, high taxes and gas prices, and direct improvements to the community. Steel touted her work delivering for the district by securing $15.5 million for beach-sand replenishment. Chen named that as her only accomplishment and noted that she has a beach house. 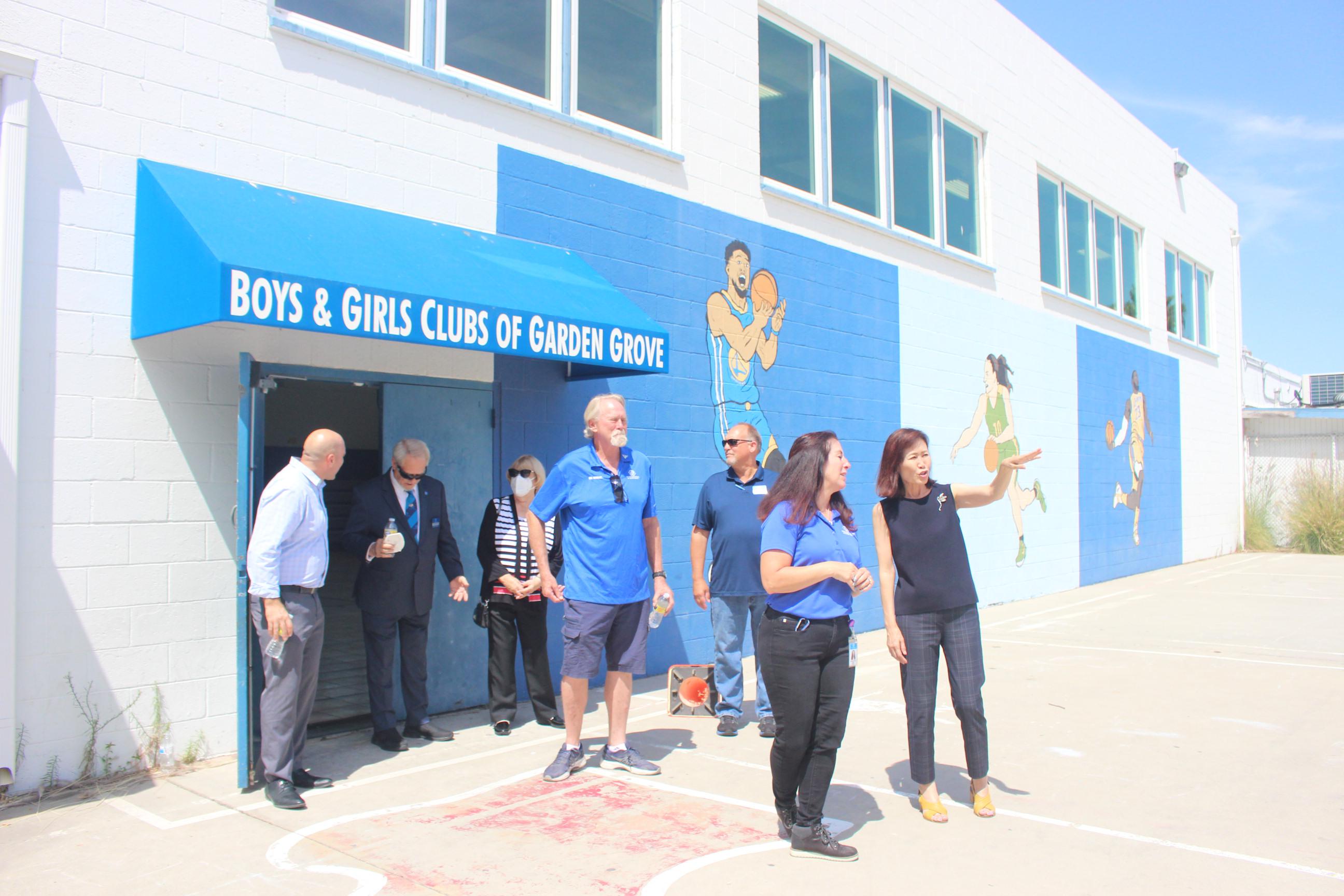 At several National Night Out events Tuesday, in between shaking hands with firefighters and military service members, Chen asked voters about the issues that mattered to them. They raised mental health, the costs of medicine, and concerns about their children’s education. In Fountain Valley, one voter stopped Chen to wish him “good luck against Michelle” before asking about his position on lawmakers trading stocks. In Artesia, another voter told him he’ll have a tough time upholding the Constitution in the Democratic Party.

The crowds were diverse. A third-generation Japanese American voter in Artesia wasn’t following the congressional race, but said he supports Republicans because he thinks Democrats back allowing his daughter to get an abortion without his knowledge. Standing next to him, his daughter nodded.

At a table nearby was Tommy Tuan, who is from Taiwan. He has volunteered for several Democratic politicians, including Chen. Tuan said he came to know Chen through a mutual connection, as well as through the World Journal, the largest Chinese-language newspaper in the country.

On Monday, Steel had two official visits scheduled in Garden Grove. The first was a visit to a local Boys and Girls Club, where kids of varied ethnic backgrounds chatted with the congresswoman as they painted water lilies and she toured the facility. When she spotted a sewing machine in one room, she joked that she could fix any men’s clothes thanks to her time working in her mom’s clothing store. Next up was a stop at a nearby medical center to visit Dr. Michael Dao. Dao, who is Vietnamese American, said he sees Steel at all the big community events.

“Most of them are fundraising for the poor or some other cause, not for her,” he said.

Dao was surprised to learn Monday that Steel made it to Congress. The community functions had died down some amid COVID, he explained, and he was mixing up her current campaign with the one she ran as a challenger two years ago.

Dao didn’t know her opponent’s name. As a Republican, he’ll vote for Steel. 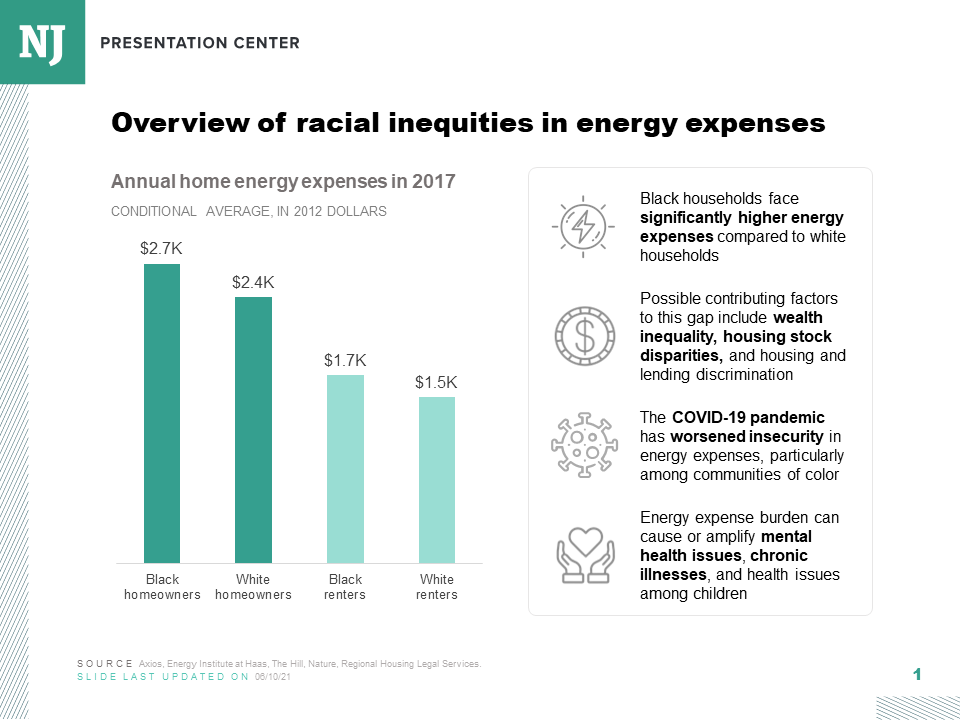 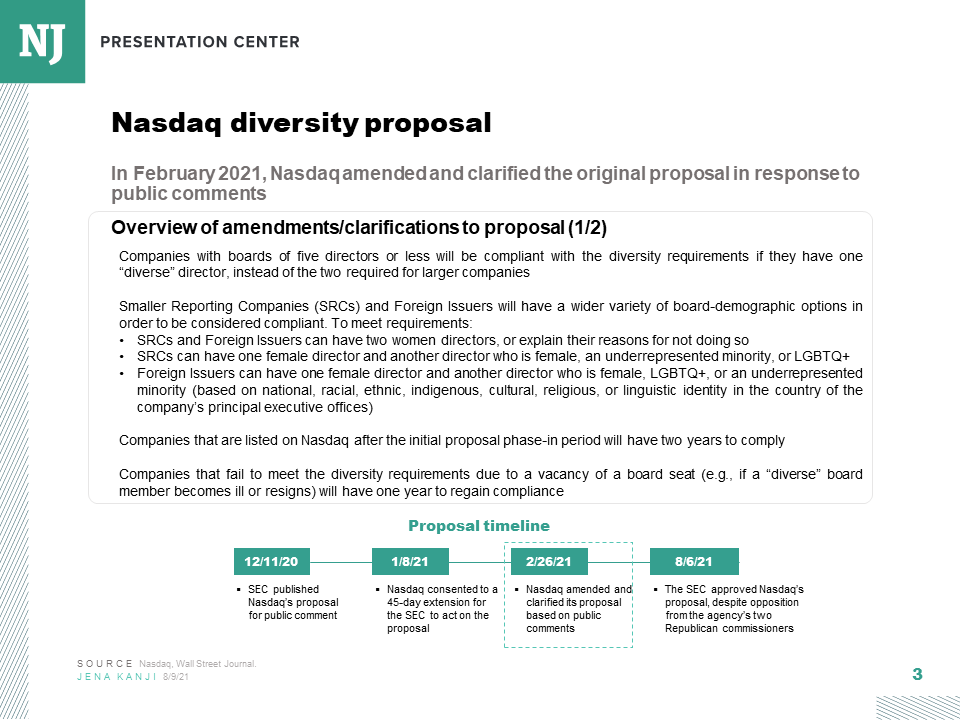 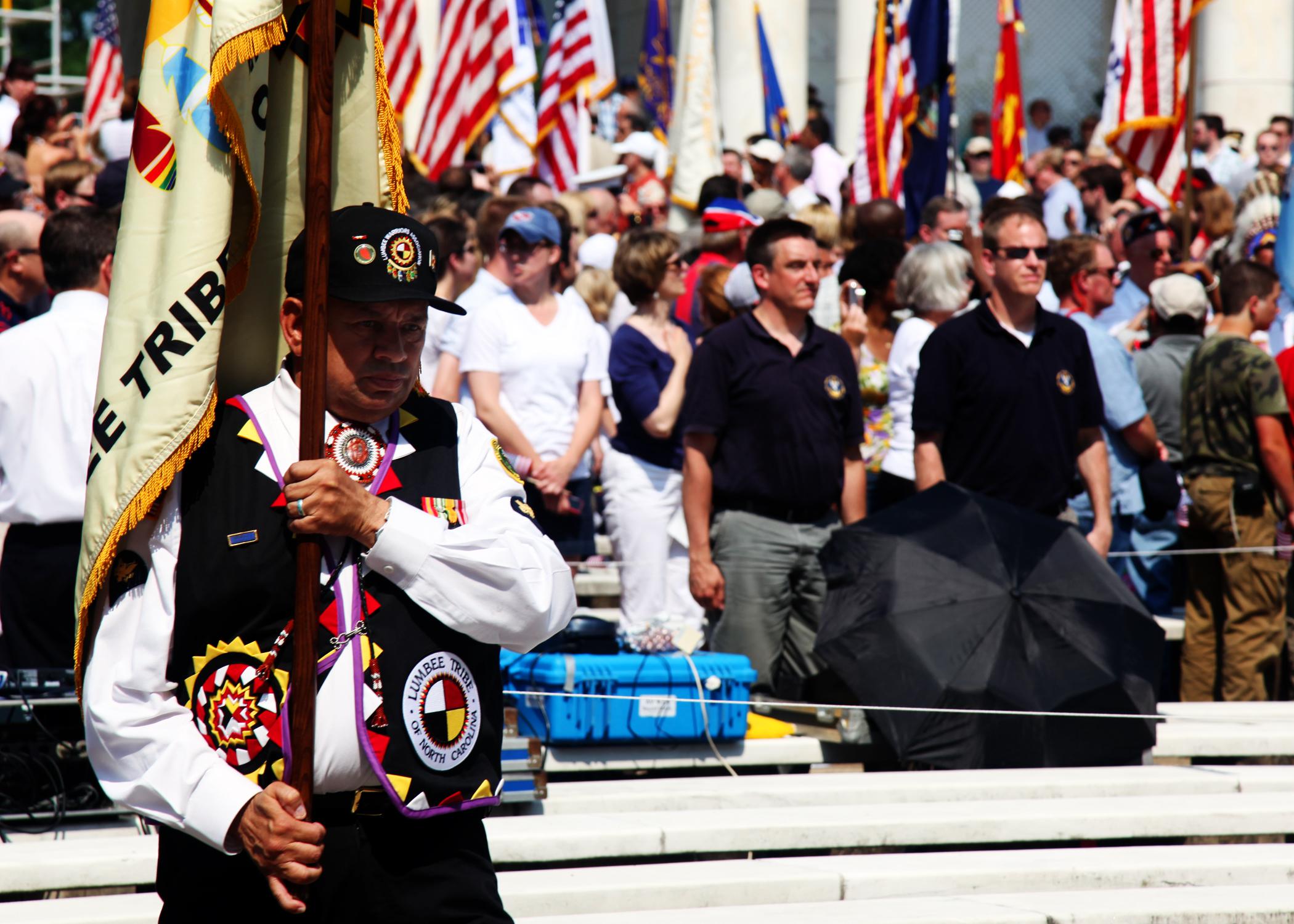 Is this the year for the Lumbee tribe?

The North Carolina–based tribe has been fighting for full recognition since the 19th century. 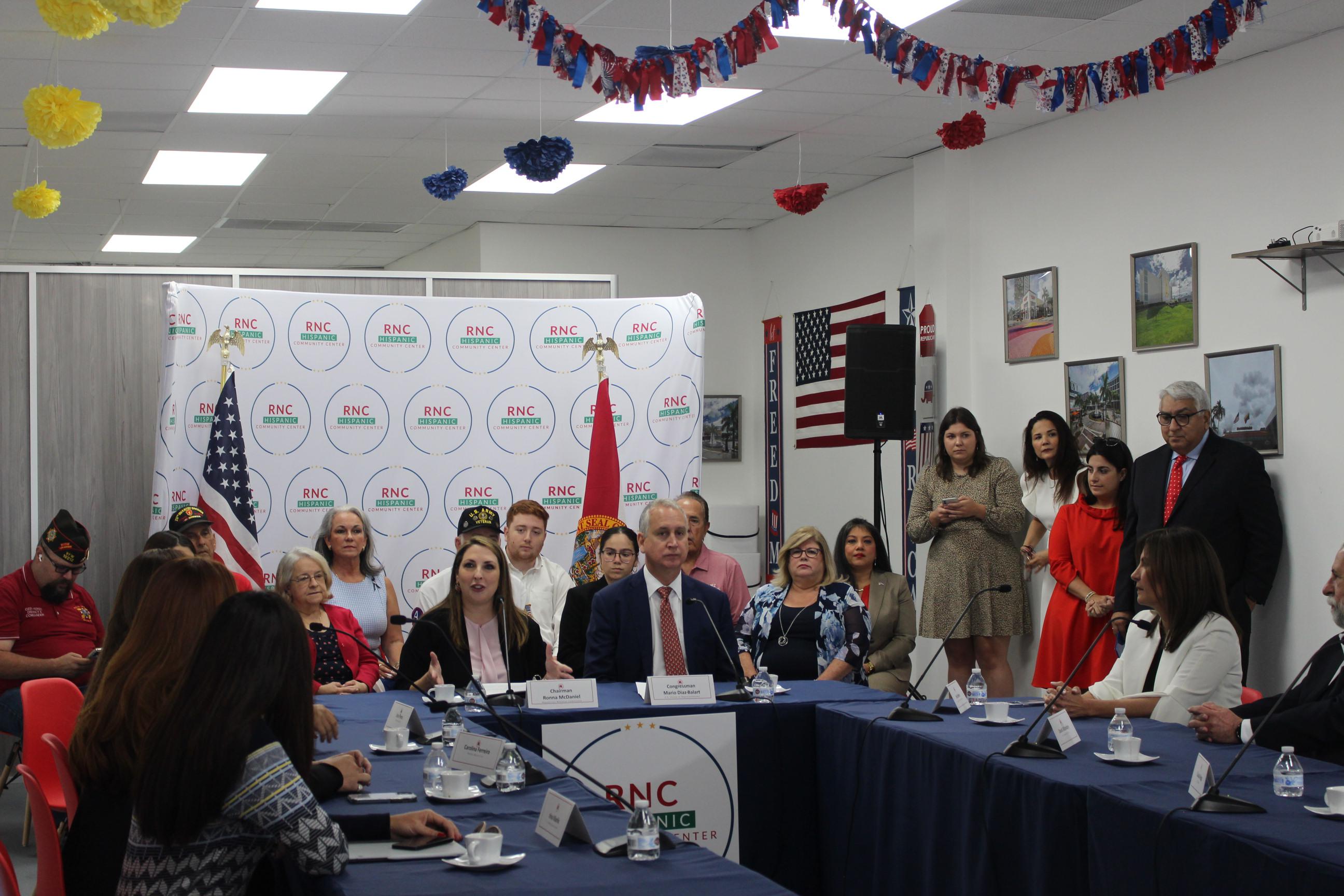 The RNC, which is opening community centers across the country, tells National Journal that an office targeting AAPI voters in Texas and one aimed at Hispanic voters in Vegas are coming later this month. 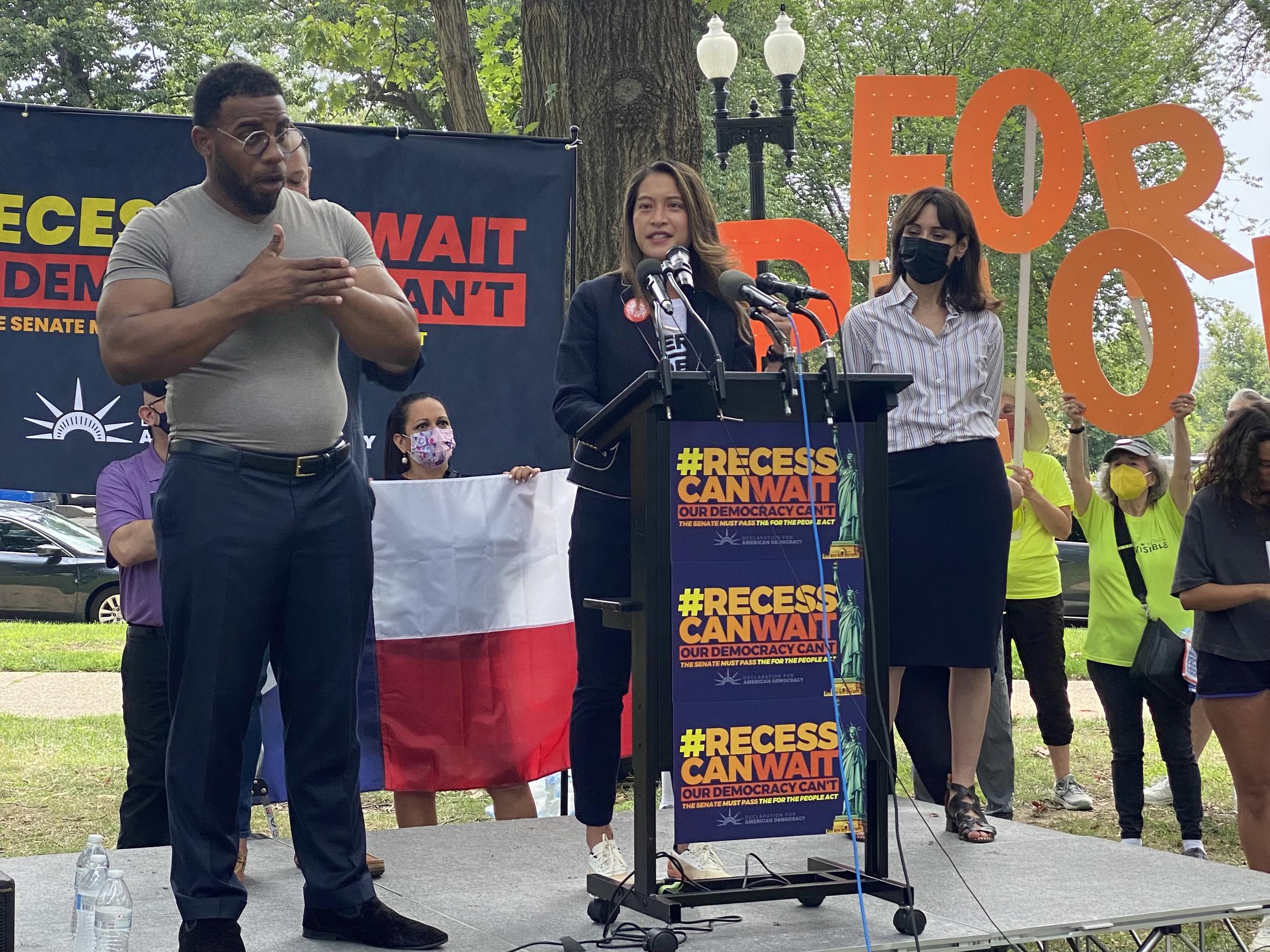 Following the critical turnout by AAPI voters in the 2020 elections, leaders think the administration needs to do more to incorporate AAPIs into the push for federal voting legislation. 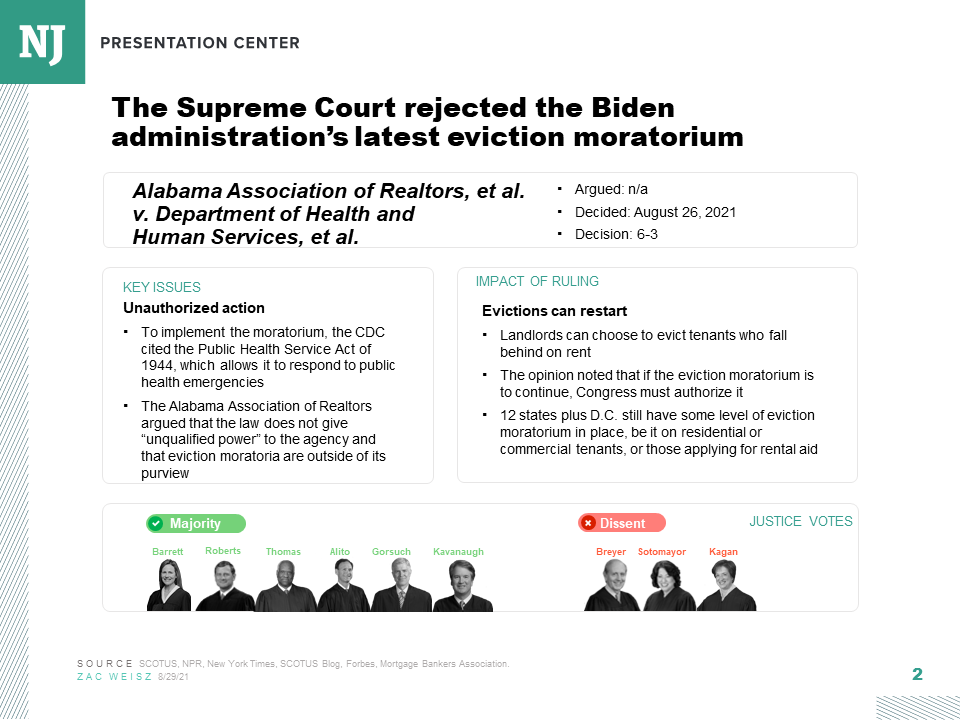