External events are adding urgency to talks among a bipartisan group of senators seeking to amend the Electoral Count Act of 1887 and protect future elections. 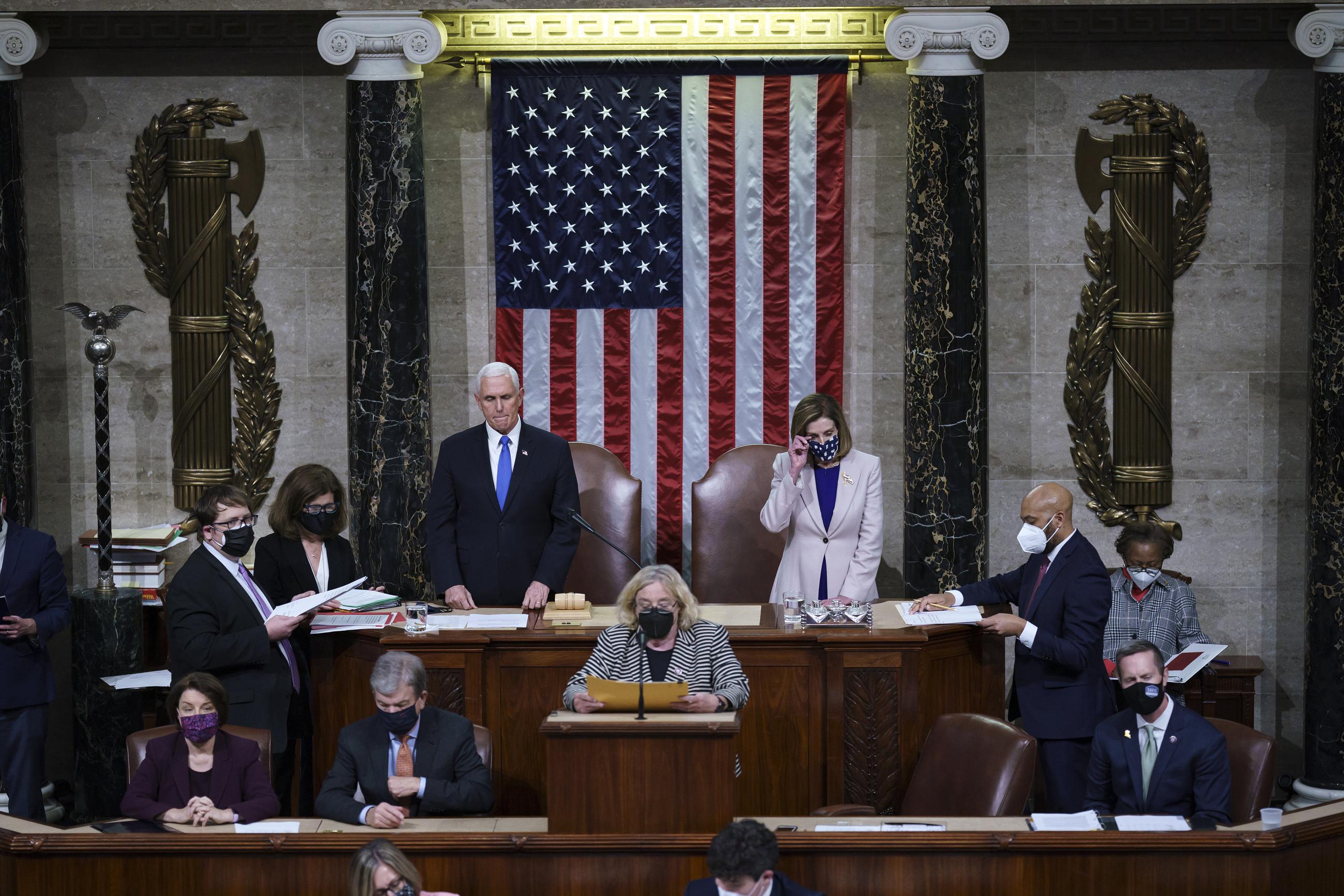 Few, if any, legislative remedies may emerge from the Jan. 6 committee’s months of work. In fact, an entirely different group of lawmakers, who have been discussing the issue since last year, may be the ones to throw new legal roadblocks in front of would-be election meddlers in the future.

The pressure on those lawmakers to act is building. The Jan. 6 committee has attempted to show how America’s democracy is still vulnerable to malfeasance, despite the failures of former President Trump and his allies in overturning the results in 2020. In addition, Republican candidates campaigning on election conspiracy theories have been racking up primary wins across the country this year.

That’s why members in both the House and Senate say it’s critical to reform the Electoral Count Act of 1887 before the end of this Congress.

“I think that it's urgent that we amend the Electoral Count Act, that we strengthen our elections infrastructure, and that we get good information out to the American people.” Rep. Adam Schiff, who led the Jan. 6 committee’s hearing on Tuesday, told National Journal.

The ECA governs the counting of ballots for a presidential election. Part of the law establishes governors’ roles in certifying elections, stating that the “executive of each state” must certify the state’s slate of electors that it sends to the Electoral College. The act also says that a governor can be a tie-breaking vote in the case of disputes over a state’s electoral votes.

“The primary threat posed to the presidential transition process will come from states,” Sen. Chris Murphy said. Referencing Doug Mastriano, he said, “We now have a nominee for governor in Pennsylvania who very clearly is going to declare Donald Trump the winner of the election in 2024, no matter whether Donald Trump wins or loses.”

Mastriano not only was at Capitol Hill during the insurrection but has also campaigned on full-throated support of Trump’s conspiracy theories.

“We have got to be prepared for a state that sends a bogus certification to the Electoral College,” Murphy warned. “The threat is much more likely to come from fraudulent state certifications than any other source.”

Several senators involved in the talks, including Republican Sen. Susan Collins, expressed optimism after the most recent discussions. The group has been negotiating the bill since the start of the year, soon after Senate Majority Leader Chuck Schumer failed to pass expansive voting reforms. However, they still have a few details to iron out before releasing any legislation.

“We're very close to a final bill,” Collins told National Journal. “We are circulating this week a section-by-section analysis of what we've agreed.”

The group wants to clarify the role of the vice president in counting the election results, raise the minimum number of lawmakers required to debate the eligibility of ballots, and boost protections for election workers.

Beyond specifying the role of a governor in elections, the ECA sets the deadline before which states must send Congress a slate of electors, governs how Congress should resolve disputed ballots, and, in conjunction with the 12th Amendment, details the role of the vice president in counting the ballots.

Trump tried to coerce then-Vice President Mike Pence into overturning the election by exploiting loopholes in the ECA. “I don’t want to be your friend any more if you don’t do this,” Trump told Pence, according to the Jan. 6 committee. Pence refused, but the episode alerted senators of the need to clarify the law, to make it abundantly clear that the vice president has a purely ceremonial role in counting electoral votes.

Retired judge J. Michael Luttig testified to the panel that if Pence had declared Trump the winner of the 2020 presidential election, it “would have been the first constitutional crisis since the founding of the Republic.”

Senators agree on most measures under discussion, but one sticking point remains: the deadline for states to certify their presidential election results, known as the “safe harbor.” If states send in their electoral votes without dispute to Congress no later than Dec. 8 in a presidential election year, six days before the counting of the Electoral College votes, then Congress must count these votes. The group is exploring various proposals for how to clarify who is responsible for sending the election certificate to Congress before this deadline.

The bipartisan group is also discussing ways to protect election workers. The Jan. 6 committee’s public hearing on Tuesday added weight to these discussions.

In this hearing, the committee explained how Trump’s team pressured state officials like Arizona House Speaker Rusty Bowers and Georgia Secretary of State Brad Raffensperger, both Republicans, to rescind the election results in their states, which President Biden won. Trump repeatedly criticized Ruby Freeman, a Georgia poll worker, during a phone call with Raffensperger.

Bowers, Raffensperger, and Freeman all said during the hearing that they have repeatedly faced threats since the 2020 election.

“I’ve lost my name, and I’ve lost my reputation,” Freeman said during her testimony to the committee.

Sen. Chris Coons, who is involved in discussions, told National Journal, “Every minute that I've watched of the Jan. 6 hearings has reaffirmed my conviction that this is vitally important for us to move ahead.”

Coons said he wants to get the bill done “as soon as is reasonably possible.”

Sen. Todd Young, a Republican who is part of the group, disagrees that the Jan. 6 hearings add urgency. 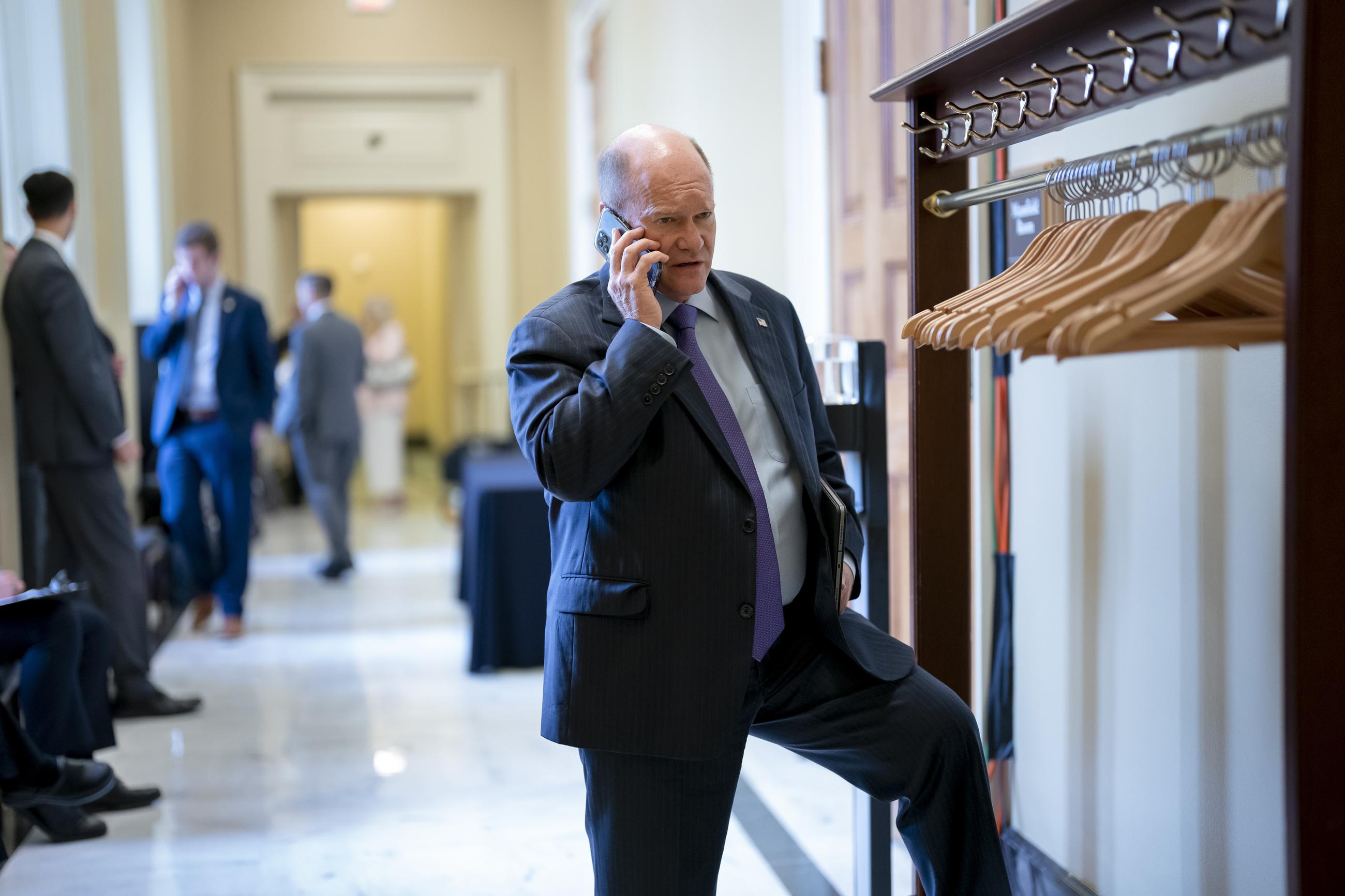 Time is also of the essence for the bipartisan group. With Republicans expected to retake the House this November, the onus would fall on House Minority Leader Kevin McCarthy, who is in line for the speaker’s gavel, to put the bill up for a vote in the lower chamber.

McCarthy suggested he may be open to amending the ECA back in January, but when asked about it Tuesday, he refused to say whether he would put up such a bill should he become speaker.

This means the Senate must pass the bill by the end of the year.

“We would like to see it get done in this session of Congress,” Sen. Jeanne Shaheen told National Journal.

Schiff issued a stark warning about what Trump’s election lies could mean for the future of America’s electoral system.

“The fact that this big lie continues to spread poses a real danger to the democracy [of the United States].” 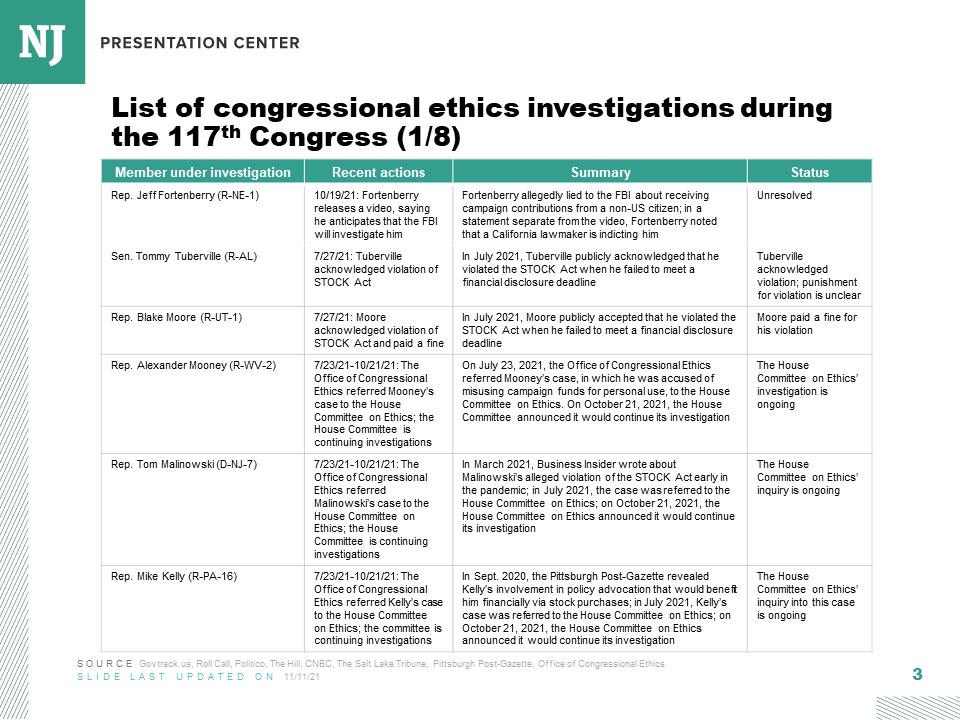 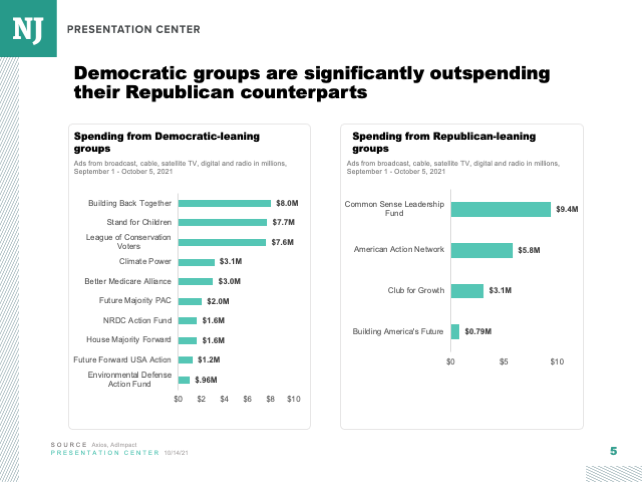 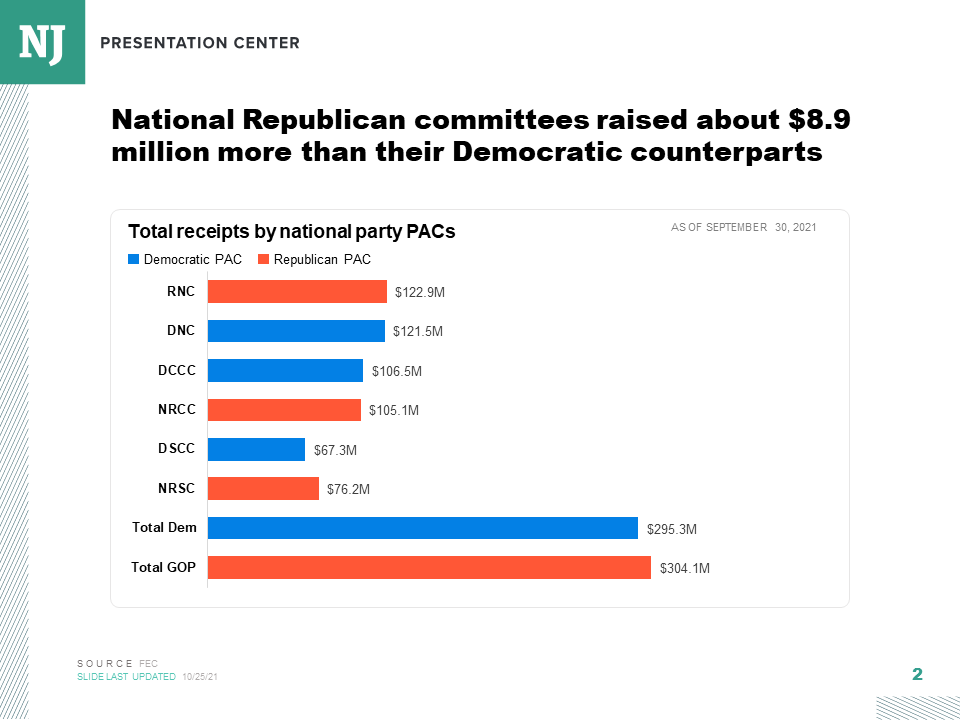 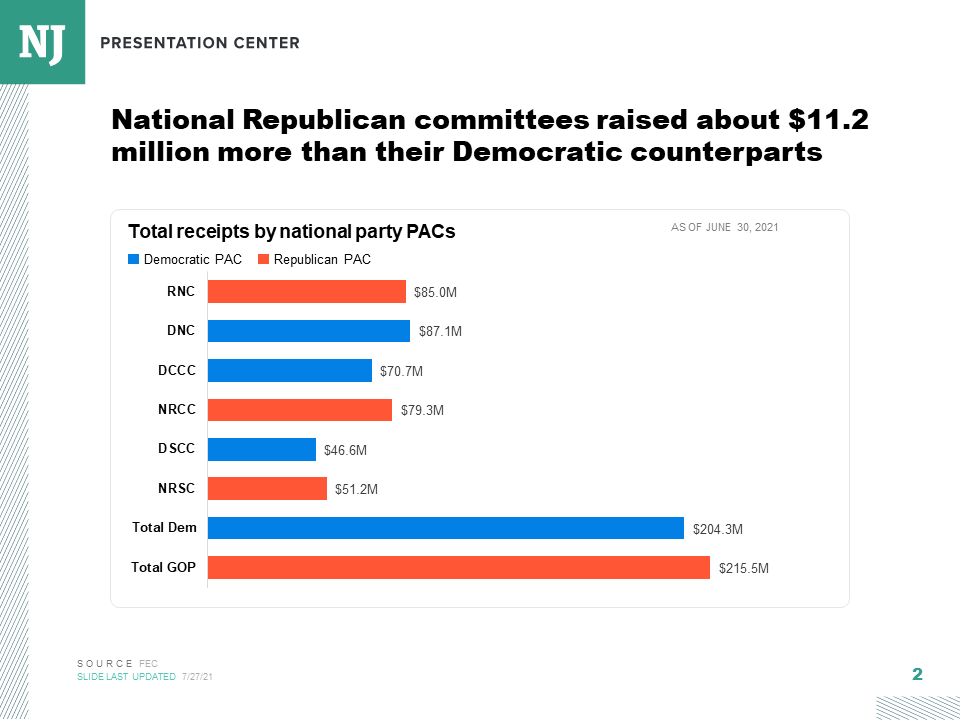 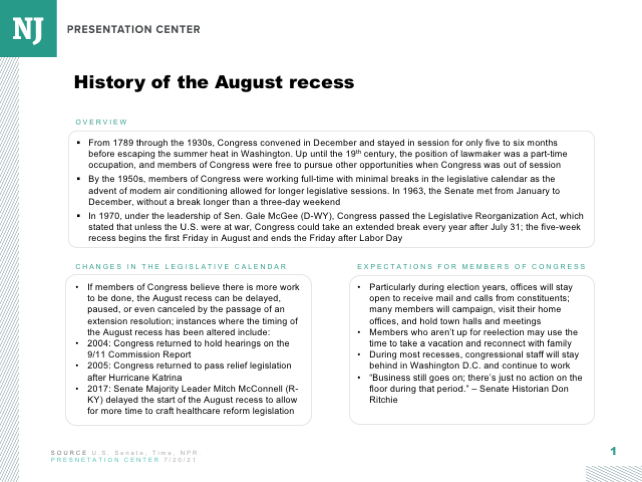 History of the August recess 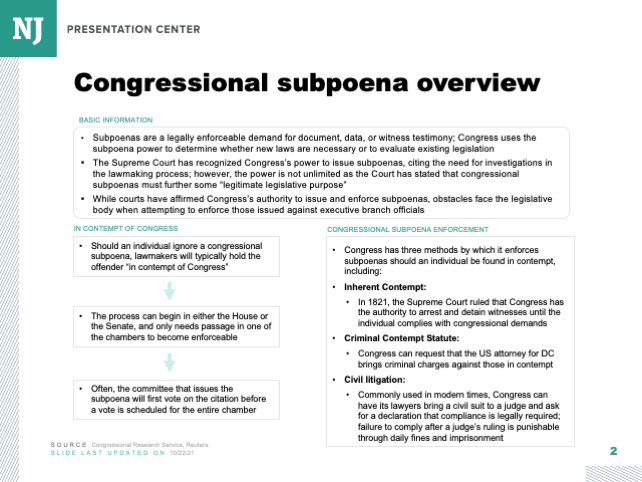