Experts have recently urged politicians to dial up their security presences and to be more careful on social media. 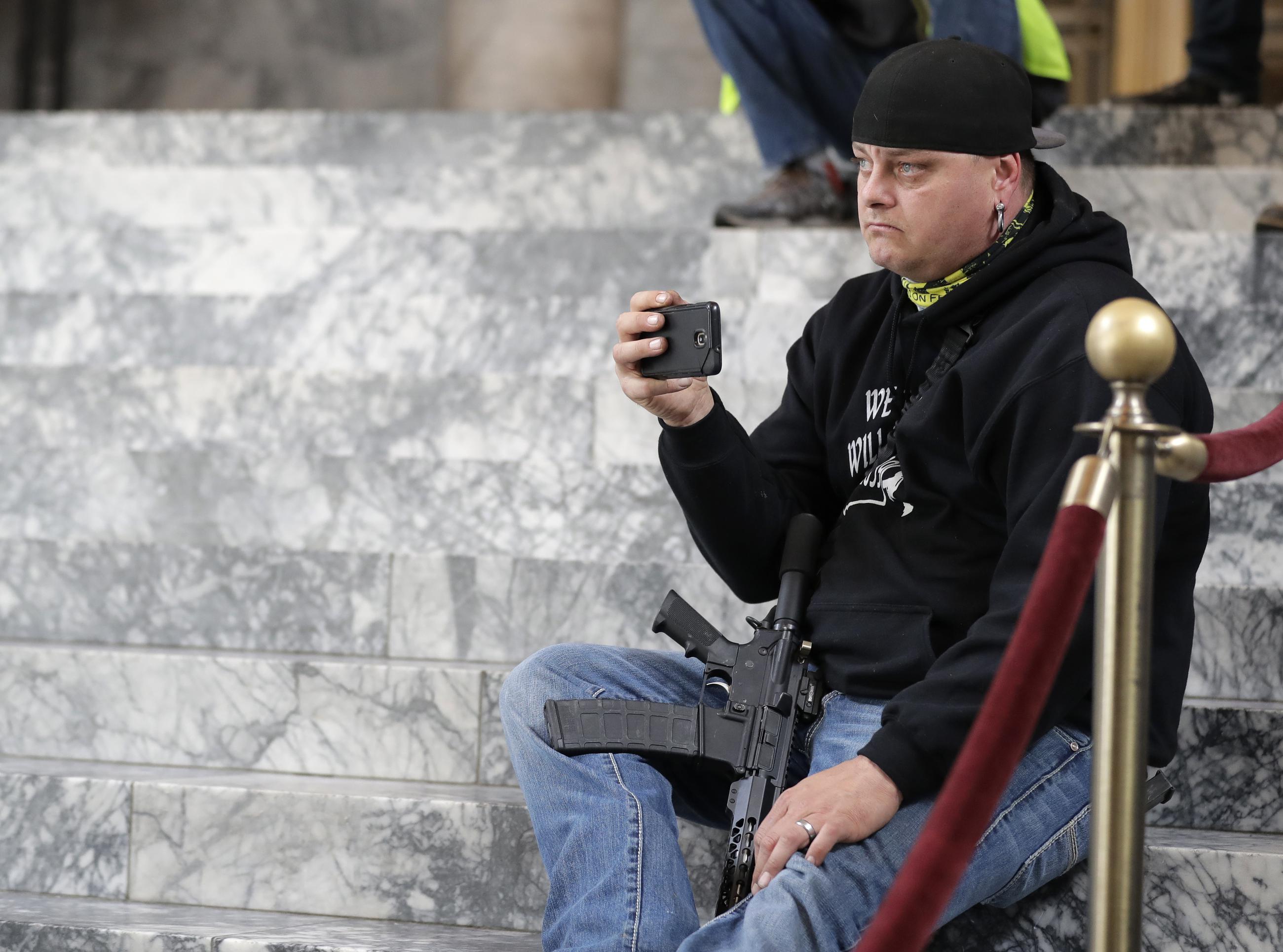 A man wearing an AR-15 rifle taking video with his phone at a 2019 rally at the Washington state capitol in Olympia (AP Photo/Ted S. Warren)
ASSOCIATED PRESS 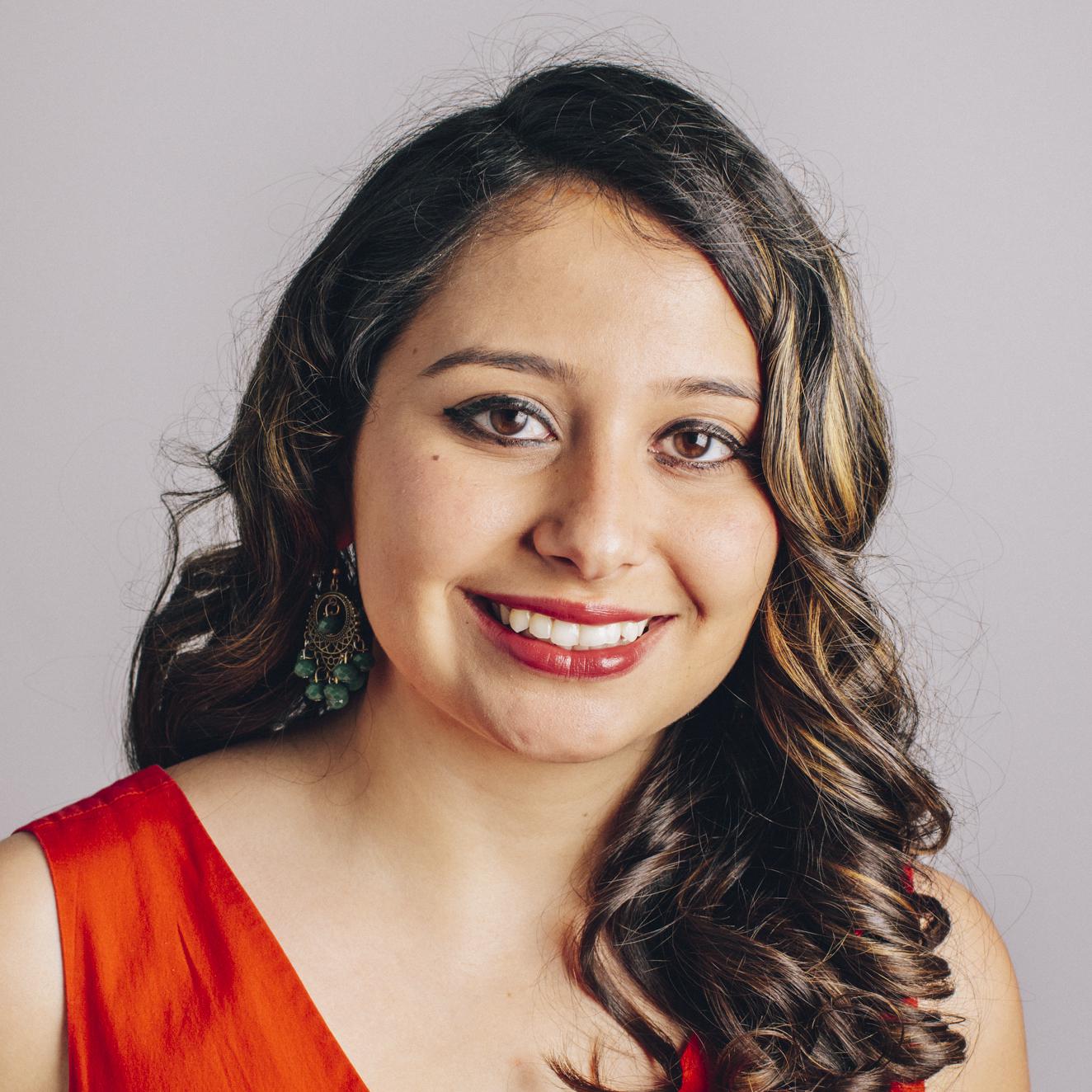 From the Capitol insurrection in January to Rep. Paul Gosar’s censure last week over a video depicting him killing Rep. Alexandria Ocasio-Cortez, politics and violence have intersected regularly this year, giving candidates numerous reasons to fear for their safety.

In January, Rep. Peter Meijer bought body armor after he and other Republicans who voted to impeach former President Trump received death threats. Since then, Sen. Rand Paul and Rep. Ilhan Omar got suspicious packages, a man rammed his car into a security barricade and killed a Capitol police officer, another made a bomb threat near the Library of Congress, and someone threw an egg at Larry Elder, then a California gubernatorial candidate, when he stopped by a homeless camp. As recently as nine days ago, callers greeted GOP lawmakers who supported the bipartisan infrastructure bill with threats against their lives.

Now, security professionals responsible for protecting candidates say the tenor of American politics has grown more fiery, and demand for their services is as high as ever.

Buckner is the CEO of Global Guardian, which FEC filings indicate received $84,000 from Rep. Eric Swalwell’s campaign committee for security services this year and $5,700 from Rep. Sylvia Garcia’s. “People are showing up at people's houses and attacking them online,” Buckner said.

Candidates who have achieved high profiles, including on social media, are especially at risk, and they spend accordingly on personal protection. Rep. Cori Bush, known for her unapologetically left-wing statements, has spent $168,000 on security services this year.

Those running statewide are particularly vulnerable as well, said Chris Ryan, managing director of security firm K2 Integrity. FEC filings indicate that the company, which previously did business under another name, received $263,000 from Sen. Mark Kelly so far in 2021. Kelly is married to former Rep. Gabby Giffords, who was shot by an assailant at a campaign appearance in 2011.

Ryan noted that candidates from urban areas may encounter dangerous situations when they embark on travel to more rural areas, which is necessary for their campaigns but exposes them to more people who are unlikely to receive them well.

Other big security spenders fit this profile; Sens. Jon Ossoff and Raphael Warnock of Georgia, both city dwellers in one of the country’s most competitive states, have spent $240,000 and $495,000, respectively, on security services this year. In Pennsylvania, another battleground, Sen. Pat Toomey is one of the GOP’s top security clients, spending almost $100,000 on it despite his impending retirement.

Candidates are worried not just about their own safety but that of their families, as well. Red lines that disgruntled Americans once respected are no longer uncrossable and the current environment, security professionals say, calls for candidates to take new approaches to staying safe.

“There was a time when a campaign would rely on a local volunteer who maybe was former law enforcement or former military, to accompany the candidate around for specific, bigger-type events,” Ryan said.

Now, politicians adopt more-formal security plans. This year, candidates have forked over campaign cash to companies like Bucker’s and Ryan’s in exchange for a variety of protective measures. Sometimes, firms install cameras and alarms around politicians’ houses or workplaces; according to FEC filings, candidates have paid thousands of dollars to ADT, a company known for its alarm systems. In other instances, firms provide around-the-clock guards. Some dig into the backgrounds of social-media users who post threatening statements or letter-writers who send a few too many admiring missives, checking for criminal histories and other red flags.

Ryan’s firm, for instance, might flag that a person of interest had posted a photo indicating they travelled from their home state to Washington D.C. ahead of a campaign event in the capital. His team might then let a candidate’s team know about the development, and perhaps even watch out for the person at the event and turn them away.

Security professionals also place a heavy emphasis on scrubbing candidates’ online histories—not to clean up their images for voters, but to remove personal information that could make them easier targets.

“With social media and with campaigns kind of chronicling everything that they do, it's much easier for me now to know that a candidate is coming to my town; it’s easier for me to know where a candidate is going to be,” Ryan said. “I can kind of track you through your day because you're kind of tweeting as you go.”

Going forward, candidates may need to be cautious about revealing as little personal information as possible while still making themselves accessible to voters. That could mean making sure they don’t accidentally indicate where they are staying when they tweet, or it could mean not publicizing the time they will arrive at a venue.

At events, campaigns will likely have to continue to beef up security. Future campaign stops may increasingly be confined to smaller, more-controllable venues, complete with bodyguards and bulletproof glass. Some predict that virtual campaigning could outlast the pandemic, in part, as a way for politicians to avoid confrontations; a speech in a room with just a few thoroughly vetted guests can be broadcast to hundreds of thousands of people with little risk.

But despite the fact that national tensions are boiling over, it’s unlikely that politicians will cow to threats and completely revamp the way they campaign.

“They’ve always been out in person, meeting people,” Ryan said. “Ultimately, I don’t think there’s any substitute for that.” 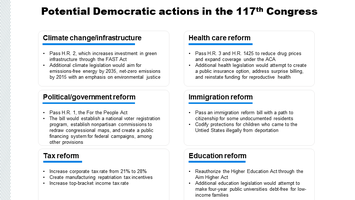 Congressional priorities for the 117th Congress 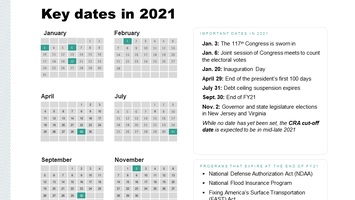 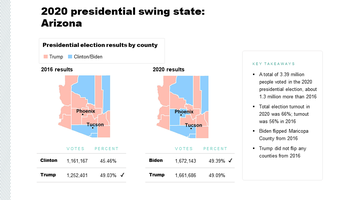 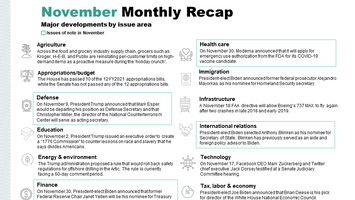 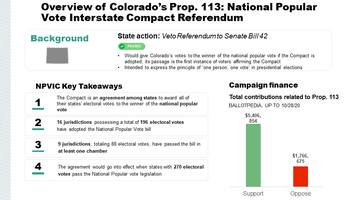 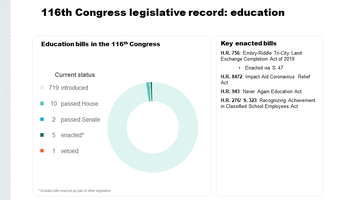