A levy on carbon emissions is absent from the budget reconciliation framework released by Democrats this week. That’s only spurring supporters to push harder over the coming weeks. 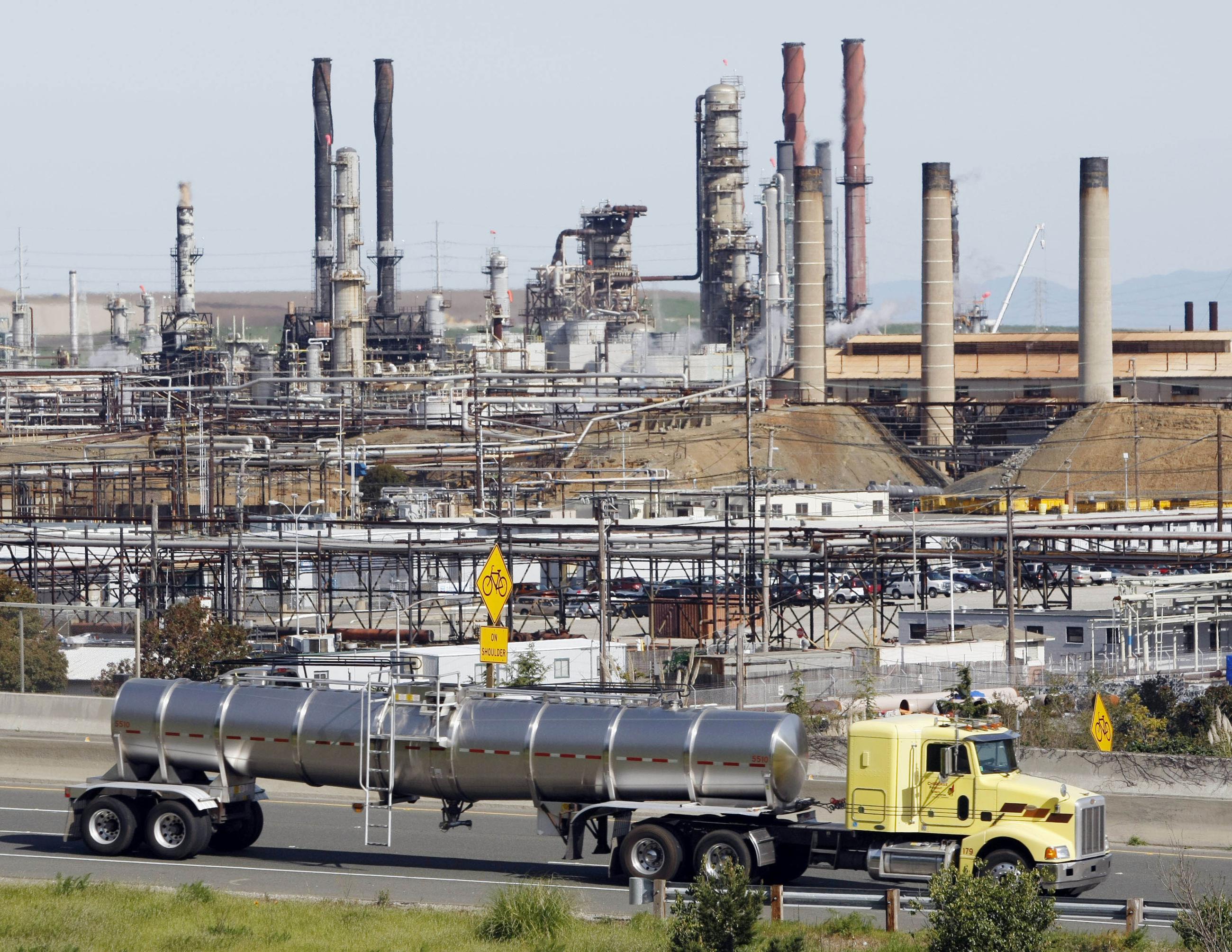 Some Democrats and carbon-tax proponents on both sides of the aisle are scrambling to get such a fee into the budget-reconciliation package, after the Senate Budget Committee omitted it from the $3.5 billion framework it released on Wednesday.

“We are still at work to find a robust climate measure,” Sen. Sheldon Whitehouse, who is the lead sponsor on carbon-tax legislation, told National Journal.

“I have a carbon-fee bill that I support that has seven other Democratic cosponsors, and we have broad support for pricing within the Senate Democratic Caucus,” the Rhode Island Democrat added. “And it is the most effective intervention on climate.”

A U.S. carbon tax has eluded advocates for years despite a swell of similar mechanisms enacted abroad over the past decade. Forty nations and 25 sub-national jurisdictions have some type of carbon-pricing scheme in place, governing more than one-seventh of global greenhouse-gas emissions, according to the United Nations.

Supporters of a carbon tax, meanwhile, see an opening in the weeks before a reconciliation bill comes to the floor.

The budget framework, which was sent to reporters by a senior Democratic aide and has yet to be made public, lists a suite of policies to rein in greenhouse gases, including programs to both dramatically scale down power-sector emissions and implement border-adjustment fees for carbon-intensive imports.

The details of the policies are still in the works. Carbon-tax advocates routinely argue that such a border adjustment would violate World Trade Organization rules on discrimination if the U.S. doesn’t implement a domestic fee. Whitehouse’s bill ties a carbon border fee to the domestic tax, which begins at $54 per ton in 2023.

In remarks on the Senate floor Thursday, Majority Leader Chuck Schumer called on Democrats to strike a deal by Wednesday on a budget resolution that could tee up passage of a reconciliation bill in the coming weeks or months. Schumer has also vowed a vote next week on the $1.2 trillion bipartisan infrastructure legislation that the upper chamber is still piecing together.

“Everyone has been having productive conversations and it’s important to keep the two-track process moving,” he said. “The time has come to make progress. And we will. We must.”

The Democratic push on climate change comes at a critical time for global action on emissions. This week, the European Commission signed off on a series of new proposals, including a border adjustment that is set to take effect in 2023. China, which emits more than double the greenhouse gases of the United States, pledged to launch a national emissions-trading program this month.

On top of that, a heavily anticipated global climate summit in Glasgow, Scotland will take place this year. The Biden administration aims to show off its climate change credentials at the event.

Daniel Richter, vice president of government affairs at the Citizens’ Climate Lobby, predicts the inclusion of the border adjustment mechanism will spur Democrats to also adopt a domestic carbon fee. Richter’s group argues that a carbon fee could cut U.S. emissions by half or more by 2030.

“I think the inclusion of the carbon-border tariff [is] the start of a conversation,” he said. “The dynamics, the pressures are going to unfold as the United States starts looking around at what the rest of our peers are doing and seeing just how out of step we are and how behind we are on taking climate seriously.”

Total U.S. emissions have dropped since a peak in the mid-2000s. Last year, U.S. production of coal, the most carbon-intensive fossil fuel, dropped to its lowest level since 1965, according to data released Thursday by the Energy Department. Republicans, along with fossil-fuel-friendly Democrats like Sen. Joe Manchin, often point to that data to argue against dramatic tax or regulatory policy to force more reductions.

Meanwhile, the energy analysis firm Rhodium Group, in research also published Thursday, says absent new policies, the U.S. will decrease emissions only 20-26 percent below 2005 levels by 2030. The Biden administration is aiming to double that. The U.N. Intergovernmental Panel on Climate Change says global temperatures must increase no more than 1.5 degrees Celsius above preindustrial levels in the coming decades to avoid the most catastrophic climate forecasts.

Carbon tax supporters also say domestic carbon taxes, coupled with border adjustment fees, will give a big advantage to U.S. producers in the global marketplace. The Climate Leadership Council, launched in 2017 by Republican stalwarts, says a carbon tax and border-adjustment program could cut steel imports by 50 percent. Separate analysis by the group argues goods manufactured in the U.S. are 40 percent more carbon-efficient than the global average and three times that of China.

Still, some climate-action advocates like Richter suggest that Democrats who craft the reconciliation bill will likely have to choose between a carbon tax and clean-electricity standard, a program loosely described as forcing or incentivizing utilities to shift to electricity that doesn’t emit greenhouse gases.

Sen. Tina Smith, who sponsored a clean-electricity standard last Congress and led the charge to get it included in the reconciliation framework, says she’s still working to ensure a bill complies with the Byrd Rule, which requires all contents of a reconciliation bill to have a budgetary impact. The nonpartisan Senate parliamentarian ruled against a minimum-wage proposal in the reconciliation package that paved the way for the American Rescue Plan this year.

“The time hasn’t come in this process to have the parliamentarian being involved,” Smith, who’s been working with the environmental group Evergreen Action to build the proposal, told reporters Wednesday. “But I can promise you lots and lots and lots of work to devise legislative language that will fit within a budget bill.”

Budget reconciliation bills direct committees to meet specific spending or revenue-generation targets. One major question looming over Democrats is which committee will field a clean-electricity standard. A standard that needs to pass through the Senate Energy and Natural Resources Committee may find an opponent in Manchin. The Finance Committee, chaired by clean-energy advocate Sen. Ron Wyden, is likely to be more amenable.

“I will write a carbon program that does not hurt workers and their families and honors the Biden pledge,” he said, referring to the president’s position that he will not raise taxes on Americans making less than $400,000 a year. 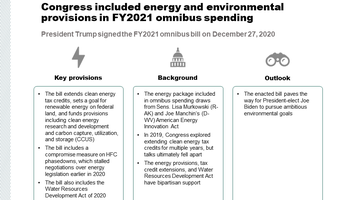 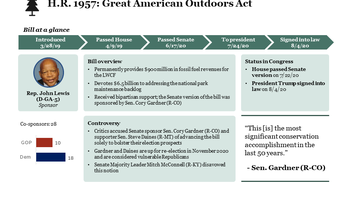 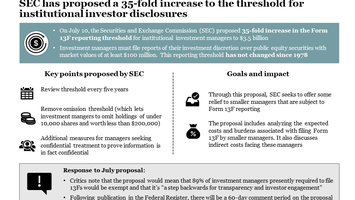 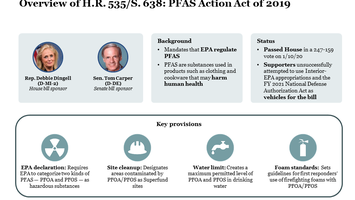 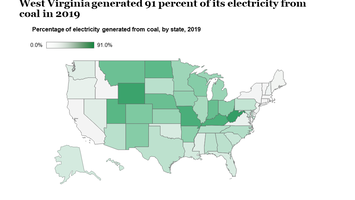 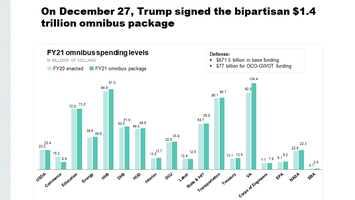