Biden quietly moves back to the middle

In a nod to political reality, the president is paring back his spending plans, negotiating with Republicans, and acknowledging conservative arguments. 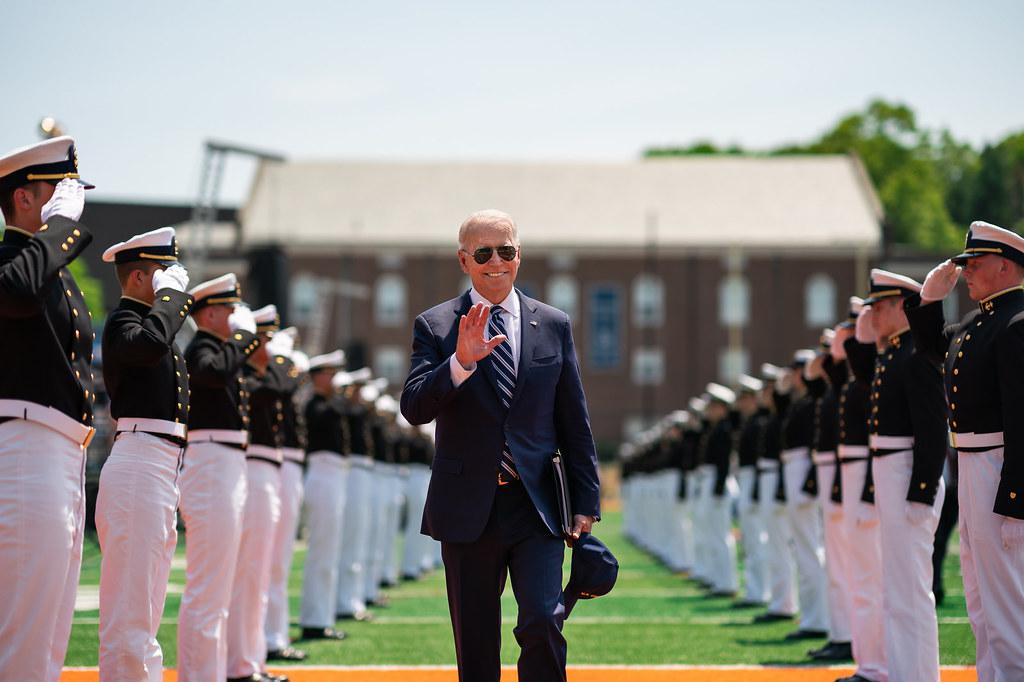 President Biden walks through an Honor Guard Cordon at the conclusion of the Coast Guard Academy Commencement in New London, Connecticut, on May 19. (Official White House Photo by Adam Schultz)
None

President Biden all but declared that the era of big government was back in his address to Congress in April. But, facing the realities of narrow Democratic majorities in Congress and an uneven economic recovery, he’s starting to slowly walk back efforts to pass an ambitious agenda on a party-line basis in favor of scaling back spending, curtailing his legislative ambitions, and even courting Republican support.

On Friday, Biden himself acknowledged that he wouldn’t make any attempt to renew the enhanced unemployment benefits in the stimulus package, which are set to expire in September. “It's going to expire in 90 days—it makes sense it expires in 90 days,” the president said from his vacation spot in Rehoboth Beach, Delaware, where summer businesses are struggling to hire seasonal employees. In the aftermath of weak jobs numbers in April, his administration strenuously denied any connection between the generous welfare payments and the underwhelming employment trends. But with a second straight disappointing jobs report, Biden economic officials now support Republican governors' moves to quickly scale back supplemental benefits.

Indeed, it’s hard to stay in a partisan bubble when independent economic analysts agree with many of the GOP’s concerns. “Unlike in a typical recovery, the problem appears to be the supply of labor, not the demand for it. Job openings are at record highs and employers are eager to hire, but they can’t find workers,” The New York Times said in its assessment of the latest jobs numbers.

Adding to progressives’ disappointment, Biden also consulted this week with former Obama economic adviser Larry Summers, a vocal Democratic critic of the administration’s stimulus plan who has been warning about the risks of an overheating economy leading to inflation. No details of the conversation were released. But it was telling that Jason Furman, another former Obama economist, said that Summers’s view was widespread in economic circles (he estimated that over 90 percent of economists believed Biden’s stimulus was too large), suggesting that the Biden economic team has been operating in something of an ideological bubble.

The fact that Biden chose to speak to one of his leading intraparty critics is an encouraging sign of the administration’s willingness to hear dissenting views. Yet, until recently, administration officials portrayed Summers as an ideological apostate, when he was merely offering the mainstream economic viewpoint. That underscores the degree to which a president who campaigned as a centrist ended up getting rolled by progressives within the White House.

Finally, Biden made his first significant legislative concession in his push for an infrastructure bill, trimming the size of his package to around $1 trillion while abandoning efforts to raise the corporate tax rate. This is the type of compromise that this column envisioned from the outset of the administration, as a way to either build goodwill with Republicans or prove that they weren’t really interested in negotiating in good faith. It comes at a time when moderate members of the president's own party like Sens. Joe Manchin and Kyrsten Sinema are emerging as among the biggest obstacles to his agenda—not just intransigent Republicans or the legislative filibuster. Biden, in an apparent pique of frustration in Oklahoma Tuesday, even criticized the two Democratic senators as “two members of the Senate who vote more with my Republican friends.”

The reality is that, with an evenly divided Senate, Biden doesn’t have a mandate to spend trillions in federal dollars for a grab bag of Democratic priorities. The cautionary economic signals amplify the political threat that Democratic lawmakers face if they take cues only from their base. It’s not just Manchin and Sinema who are wary of a big-government agenda; other moderates up for reelection in 2022 appreciate those two lawmakers taking the heat from the base for publicly reflecting a sizable view within the caucus. (Sinema and Manchin aren’t up for reelection until 2024.) With his scaled-back proposal, Biden seems to realize these limitations—and would like nothing more than to score a legislative achievement with some Republican buy-in.

Even if it’s being driven by political reality, Biden could benefit from the course correction. If he can show that he really is governing to the middle—and pushing back against the increasingly outspoken faction of progressives—his party may actually have a credible shot at holding its legislative majorities, and perhaps even expanding its ranks in the Senate.

Democrats’ convincing win in last week’s House special election in New Mexico suggests that the party base still is mobilized to vote. But Biden needs to hold the center to have a fighting chance to maintain power after next year’s midterms. 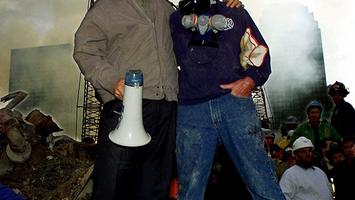 No Bush-like bounce for Trump in the polls

A majority of Americans approve of the president's handling of the pandemic. But his overall rating remains anemic compared to his predecessors who faced crises. 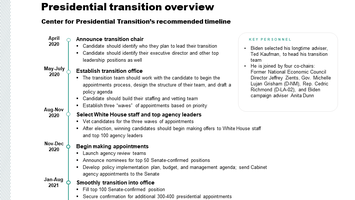 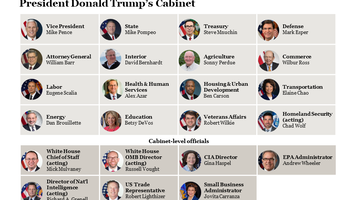 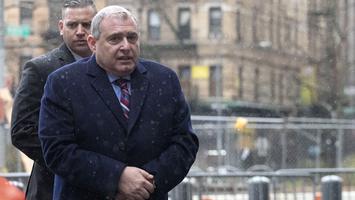 Impeachment Is Still an Exercise in Futility

The recent revelations about Ukraine will not change the political reality: America is too divided to impeach a president. 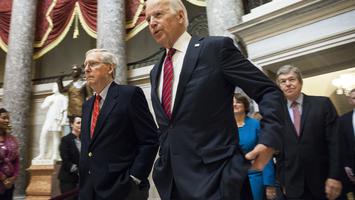 The audacity of optimism

Right now, the parties look bitterly divided and as polarized as ever. But both Joe Biden and Mitch McConnell have clear political incentives to work together for their own parties’ futures.