Sponsors of the DETER Act want to attach threats of sanctions against Russia into the National Defense Authorization Act. 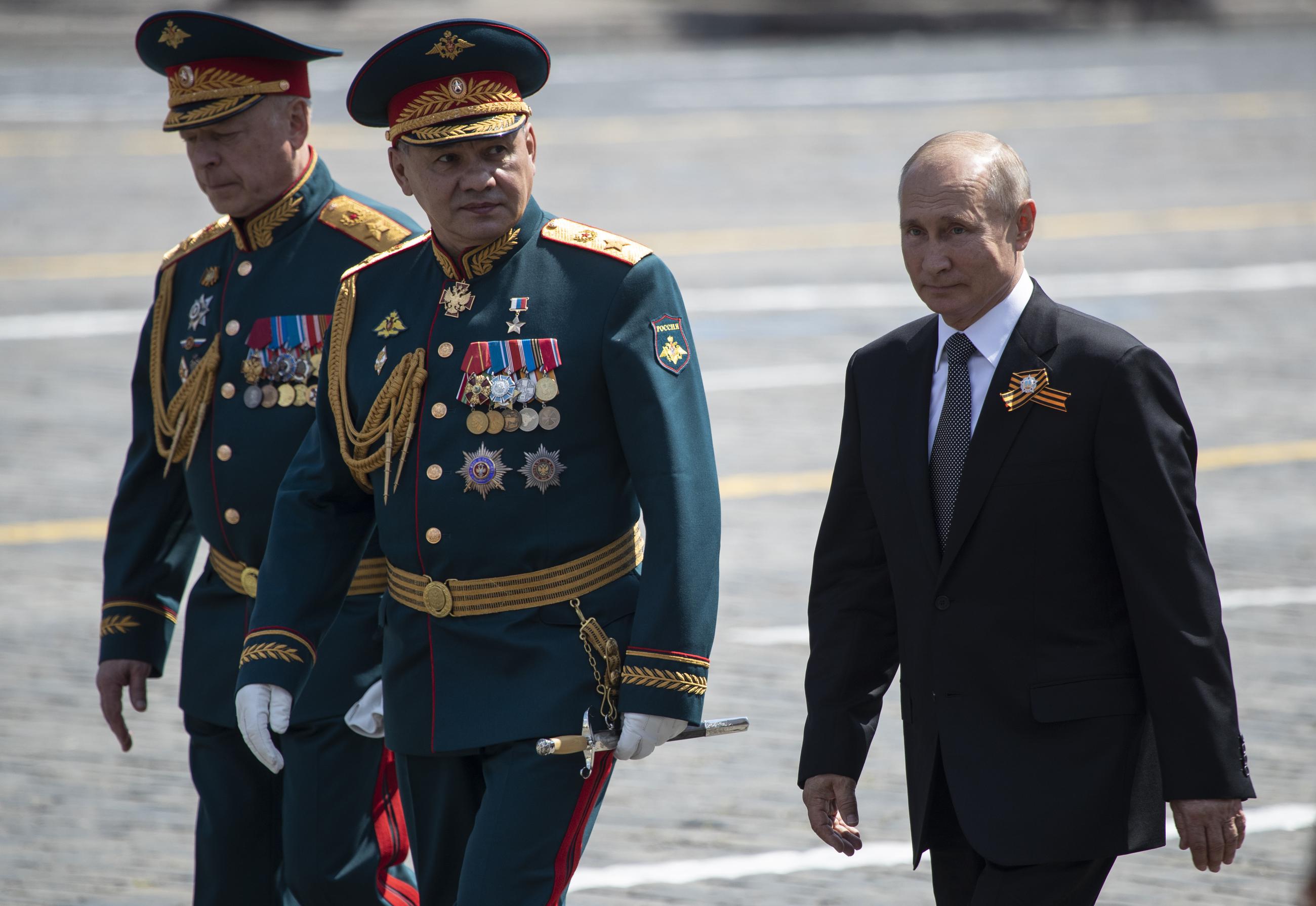 Russia's Vladimir Putin will likely attempt to interfere in the 2020 election as he did in 2016, the U.S. intelligence community has warned.
None
Harrison Cramer and Zach C. Cohen @HarrisonCramer @Zachary_Cohen
Share Tweet Email
Add to Briefcase
See more stories about...
Harrison Cramer @HarrisonCramer and Zach C. Cohen @Zachary_Cohen

Congress is running out of time to push back on Russian interference in the 2020 presidential election.

Sens. Marco Rubio and Chris Van Hollen are angling to attach election-security language to the annual defense policy bill, likely lawmakers’ last opportunity ahead of November. Rep. Brad Sherman plans to propose a similar amendment to the House version of the bill.

The senators’ DETER Act would require the Trump administration to notify Congress of any foreign interference in federal elections, and would impose sanctions if Moscow were found to have sponsored it. Prior efforts to pass the bill have floundered because of opposition from Senate Republicans, and the National Defense Authorization Act likely represents the final vehicle for advancing election-security legislation to the president’s desk before November.

“It is critical that the United States establish meaningful consequences for election interference by any foreign state,” Rubio said in a statement Friday. “The NDAA contains meaningful provisions designed to protect our nation from foreign adversaries, and it is a common-sense opportunity for the Senate to take action on our DETER Act, which will defend the integrity of our democratic process from outside attacks.”

Rubio and other supporters of the legislation will have to win over a few key voices in the Republican conference close to President Trump, who has bristled at election-security bills in the past: Majority Leader Mitch McConnell, who manages floor debate; Armed Services Chairman James Inhofe; and Banking Chairman Mike Crapo, who has jurisdiction over sanctions matters. Senators voted 89-4 on Monday to officially take up the NDAA.

“It may include more amendments before we finish it here on the floor,” McConnell said Monday afternoon.

Rep. Brad Sherman told National Journal that he has worked closely with Rubio and Van Hollen and intends to introduce an election-security-related amendment to the House version of the NDAA.

“The plans are either similar language [to last year] or something a little closer to the DETER Act, on the Senate side,” Sherman said. “One key difference is that my language imposes sanctions immediately, until Russia can go through an election without interfering in our elections. To me, saying that they get off scot-free for what they did in 2016, with an admonition to go once and no more—that’s a little weaker than I want to be.”

Sherman sponsored a provision last year with Rep. Maxine Waters that would have prohibited U.S. firms from trading in Russian sovereign debt until the Director of National Intelligence certified to Congress that Russia had not interfered in the previous federal election, and Congress passed a joint resolution certifying the determination. The amendment was stripped from the bill during conference.

“I think specifying that you don’t hack our vote-tabulation infrastructure, or engage in cybertheft against one of our political organizations, or do false-flag advertising—I think that’s important,” he said.

Lawmakers turned their attention anew to Russia this week after The New York Times reported that Trump was briefed about Russian military intelligence placing bounties on coalition troops serving in Afghanistan but had not authorized any response. The Washington Post subsequently reported that the bounties led to the deaths of several American service members, according to U.S. intelligence assessments.

The issue of election interference resurfaced in the Senate this month after former National Security Adviser John Bolton wrote that Trump asked Chinese President Xi Jinping to help him win the 2020 election.

Inhofe spokesperson Marta Hernandez referred questions about floor debate on the NDAA to McConnell’s office. McConnell did not comment when asked by reporters on Monday whether he thinks there should be any congressional response to Russian-bounty reports. Aides on the Banking Committee did not respond to questions about the bill.

While Rubio and Van Hollen successfully urged Crapo to hold a hearing on the bill last July, Crapo objected when Van Hollen tried to move the legislation through unanimous consent in December, pointing to the “lack of flexibility” in the “anti-Trump” legislation.

Rubio has allies in the Senate Republican conference, including four colleagues facing reelection this fall. Sens. Cory Gardner, Susan Collins, Martha McSally, and Ben Sasse have all cosponsored the bill, as has Finance Chairman Chuck Grassley.

But without sufficient support from Senate Republicans, the push could fizzle out—like it did prior to the 2018 midterms and late last year. In 2018, McConnell mused about taking up the DETER Act, but Trump’s announcement of an elections-related executive order appeared to take the “wind out of the sails” for lawmakers pushing the bill, according to Rachel Ziemba, who testified to the Senate Banking Committee that year.

The executive order “split … the Senate. Some officials who wanted there to be some measure around election interference basically found that the executive order went far enough, whereas others disagreed,” Ziemba, an adjunct senior fellow at the Center for New American Security, told National Journal.

Rubio and Van Hollen tried again last year, advocating for Inhofe and House Armed Services Chairman Adam Smith to include the measure in the negotiated defense bill. They were unsuccessful.

Senators introduced the original version of the DETER Act in January 2018. That bill would have required the DNI to work with directors of the CIA, the National Security Agency, and the FBI to determine whether a foreign adversary had interfered in a federal election.

Pending the certification to Congress that Moscow interfered, the legislation obligated sanctions against a variety of targets, including three Russian financial institutions; gas companies Gazprom, Rosneft, and Lukoil; companies which Russia’s defense or intelligence sectors have majority ownership of; and companies in the railway, mining, and aerospace industries in which the Russian government has a 25 percent ownership stake.

The sanctions could not be lifted for two election cycles.

The 2019 bill loosens those penalties, most notably by providing the White House with a waiver in cases of national security, and by removing sanctions against Russian energy companies. The new version takes the Bank of Moscow off the list of eligible targets for sanctions, requires the president to sanction two of the remaining banks listed, and ropes other federal agencies into the interference-assessment process.

The NDAA amendment language is the same as the 2019 bill.

The intelligence community concluded that the Russian government interfered in the 2016 presidential election, and has warned to expect meddling in the 2020 elections. “Russia, China, Iran, and other foreign malicious actors all will seek to interfere in the voting process or influence voter perceptions,” wrote the heads of the Justice, Defense and Homeland Security Departments, and the DNI, the FBI, the NSA, and the Cybersecurity and Infrastructure Security Agency in a joint statement from November.

The Senate Intelligence Committee came to the same conclusion in a series of reports examining interference. Investigators also found that the Kremlin’s broader “information warfare” campaign was designed to polarize the electorate ahead of the presidential election.

“You can deter interference in a specific event like an election, but that’s just a single point in time,” said Heather Conley, director of the Europe program at the Center for Strategic and International Studies. “Russia and other actors are doing ... ongoing influence campaigns, that are to build that distrust.… We need to have the strongest deterrence measures constantly, not just surrounding an election.” 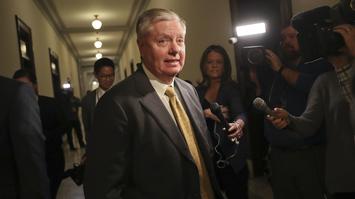 Senators Double Down On Brunson's Release as U.S.-Turkey Relations Spiral 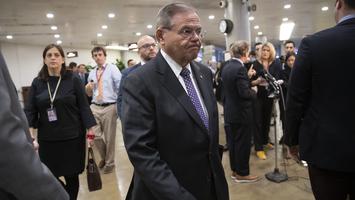 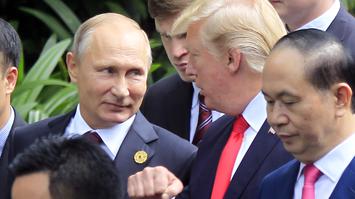 Congressional Democrats are blasting the Trump administration's move, but it would be difficult to force the implementation of new penalties on Moscow. 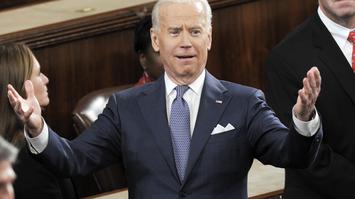 The vice president got praise from House Democrats, but it's unclear whether he moved any votes. 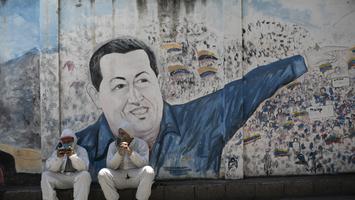 The U.S.-backed leader has warned that the country is on the brink of widespread famine. 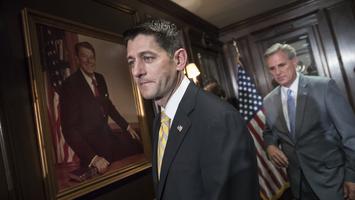 Top Republicans are wary of undermining the president—and his legislative agenda.

By Daniel Newhauser and Alex Rogers