China has supercharged its high-tech industries with a flood of government money. With the new CHIPS Act, the U.S. appears to be shifting toward a strategy of ‘If you can’t beat ‘em, join ‘em.’ 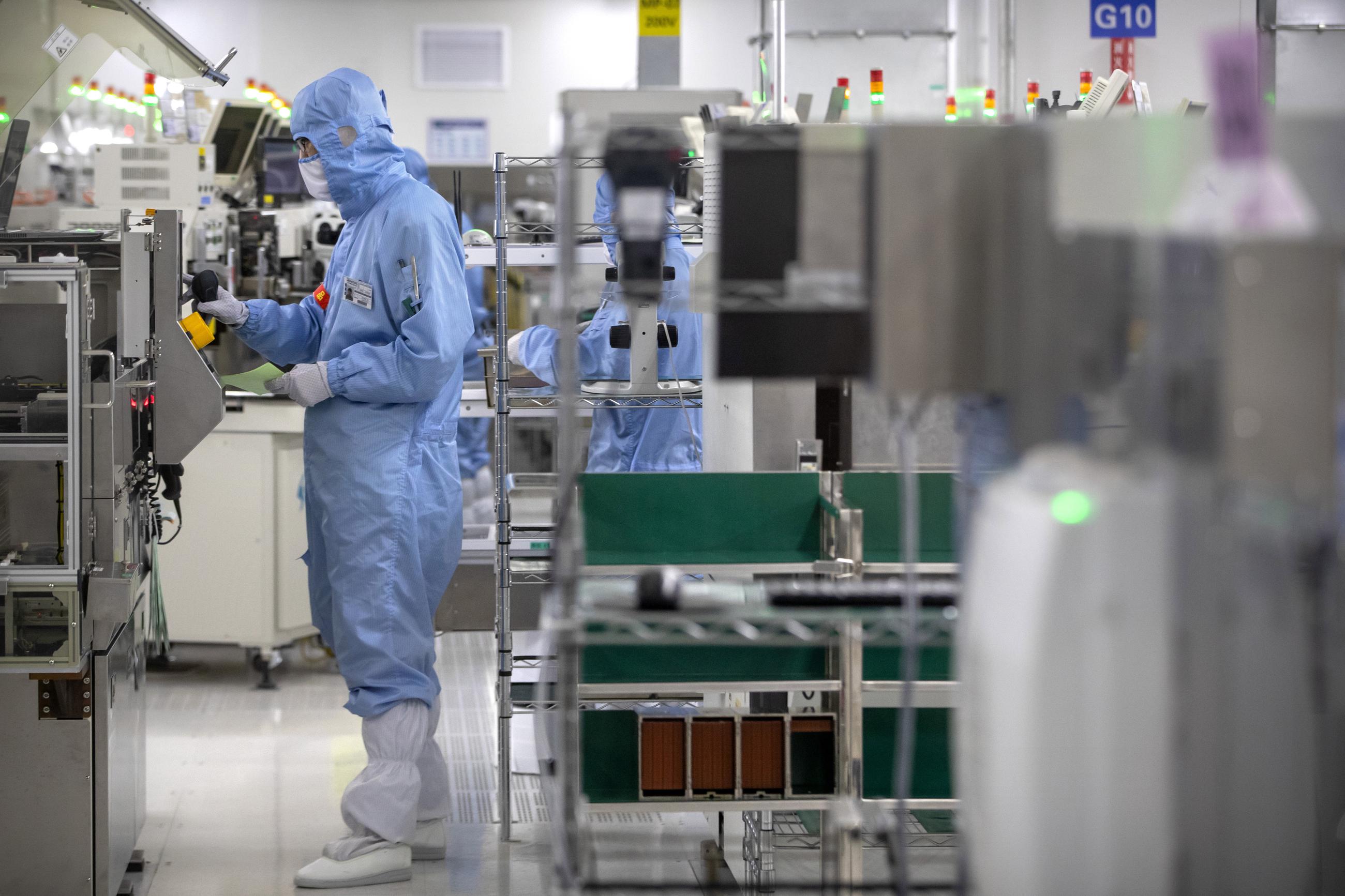 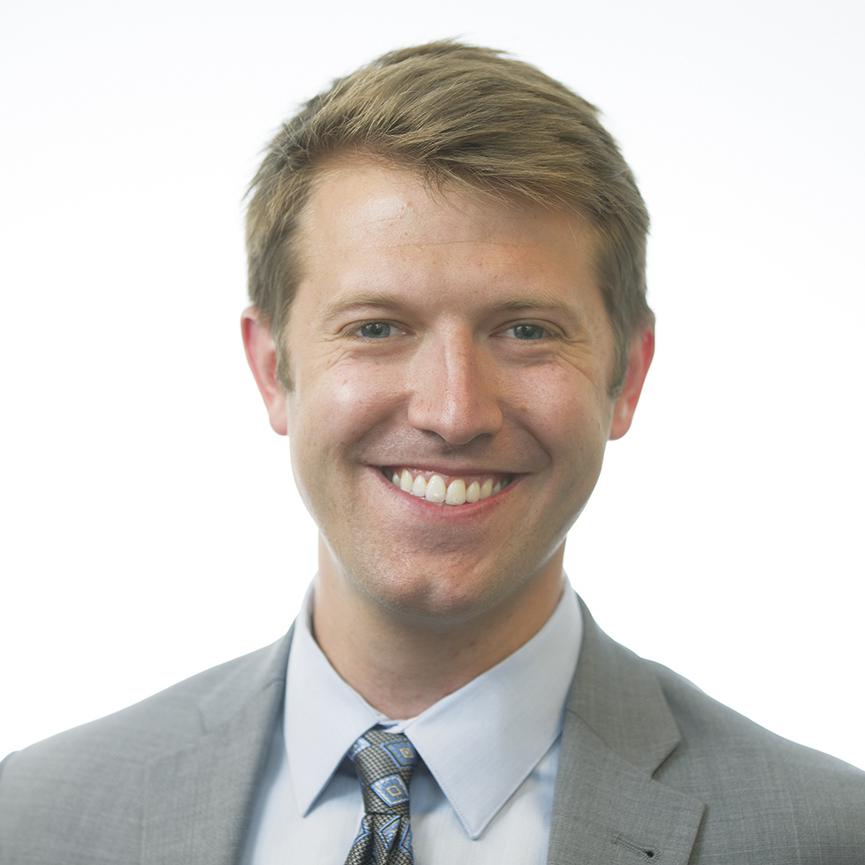 In the escalating fight between China and the United States for global preeminence in emerging technologies, Washington has largely focused on cutting off China from the tools it needs to develop cutting-edge equipment and capabilities.

Those government investments appear to be working. And even as the U.S. ratchets up the pressure on Chinese industry, lawmakers and executive agencies are increasingly willing to take a page from Beijing’s playbook when it comes to federal funding for U.S. tech.

“Washington is finally coming around to, ‘If you can’t beat ‘em, join ‘em,’” said James McGregor, head of consulting firm APCO Worldwide’s office on China and a former chairman of the American Chamber of Commerce in China.

The most vivid example of the shifting U.S. attitude on support for high-tech industry came last week with the CHIPS Act, new bipartisan legislation that would inject up to $10 billion in federal “incentives” into companies planning to build factories for top-tier computer chips—also known as semiconductors—in the United States. The bill provides hefty tax credits for semiconductor equipment and facilities, as well as $12 billion in funding for federal agencies to promote semiconductor research.

“Semiconductors underpin nearly all innovation today and are critical to U.S. communications and defense-computing capabilities,” said Sen. John Cornyn, who cosponsored the Senate version of the CHIPS Act along with Intelligence Committee Vice Chair Mark Warner. “This legislation would help stimulate advanced semiconductor manufacturing capabilities domestically, secure the supply chain, and ensure the U.S. maintains our lead in design while creating jobs, lowering our reliance on other countries for advanced chip fabrication, and strengthening national security.”

Experts on the fraying relationship between the U.S. and Chinese tech ecosystems say the CHIPS Act represents a major break from past federal efforts, which tended to focus on research funding and shy away from government investments in industry.

But it’s hardly the only example of Washington’s drift toward economic interventionism in the past six months. The USA Telecommunications Act, a bipartisan bill introduced in January, would funnel new incentives and research money into alternatives to the 5G infrastructure favored by Huawei, China’s flagship telecom firm.

The Endless Frontier Act, bipartisan legislation introduced in May with the support of Senate Minority Leader Chuck Schumer, aims to advance American technological development in 10 key focus areas through the influx of at least $110 billion over five years, including at least $10 billion in awards meant to boost manufacturing and development of emerging technologies within the United States.

“It looks like ‘Made in America 2025,’” McGregor said of the Endless Frontier Act—a reference to Beijing’s Made in China 2025 plan, which called for massive government subsidies in high-tech industries.

And at the Export-Import Bank, officials are busy standing up the Program on China and Transformational Exports, an initiative authorized in December that aims to “neutralize” China’s support for its high-tech industries through export credits, tied aid, or blended financing. The agency, which held a listening session with officials from the AI, quantum computing, and supercomputing industries Thursday, is still deciding how to split $27 billion in government assistance between 10 emerging industries.

Experts say it all adds up to a sea change in how Washington views itself in relation to the technology industry, at least since a laissez-faire economic worldview ascended to prominence over the last several decades.

“A laissez-faire approach worked, perhaps, in the past, when every single country in the world was playing by the exact same rules for industrial development,” said Stephen Ezell, director of innovation policy at the Information Technology and Innovation Foundation, a centrist think-tank. “There’s a recognition that that’s no longer the case, and we have to be realistic about how other nations are more aggressively trying to support their industries in a highly-intensive global economy.”

Helen Toner, the director of strategy at Georgetown University’s Center for Security and Emerging Technology, said Washington appears to be awakening from a “collective amnesia” about how the U.S. gained technological supremacy in the 20th century. Heavy investments by the U.S. government, Toner said, were always a key piece in the development of emerging technologies like the internet. It’s an example she said Beijing appears to have studied carefully.

“There’s been a number of people on the U.S. side looking at those Chinese actions and then looking at the U.S. response and saying ‘Hey, they’re taking our best plays and using them against us,’” Toner said.

Not everyone is convinced that it's in Washington’s best interest to emulate China’s approach to emerging technology. Gary Hufbauer, an expert in international trade and investment at the Peterson Institute for International Economics and a former Treasury Department official, said the U.S. will struggle to recreate the dynamic that’s led to China’s success. Beijing’s one-party system, Hufbauer argued, allows for injections of capital far larger than anything Congress can come up with while simultaneously avoiding the pork-barrel politics that may misdirect support to lawmakers’ pet projects.

“I think we have very little chance of succeeding with these kinds of policies,” said Hufbauer, pointing to the failed green-energy subsidies of the Obama era along with a slew of international examples.

Washington has suggested some of the direct payments to industry pursued by Beijing in its Made in China 2025 program violate World Trade Organization guidelines on subsidies that could skew international markets. And there’s concern that an increased U.S. effort to boost its own high-tech industries could run afoul of those same rules.

“I assume and hope that the U.S. would be not as willing to mirror subsidies that are not legitimate under the current international trading system,” said Toner.

But McGregor, pointing to China’s repeated and willful violations of WTO regulations, said it may be time for the U.S. to also stop playing by the rules.

“I wouldn’t lose a lot of sleep if you’re doing something that might violate the WTO,” McGregor said. 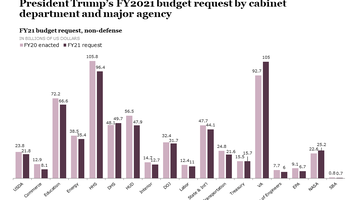 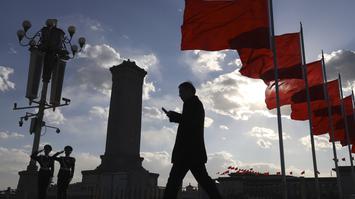 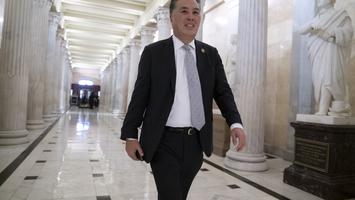 The Fight to Keep Congress from Embarrassing Itself on Tech

Senate appropriators vote Thursday on whether to revive the Office of Technology Assessment. But interagency jostling and lawmaker confusion may stymie efforts to prevent another cringe-worthy Facebook hearing. 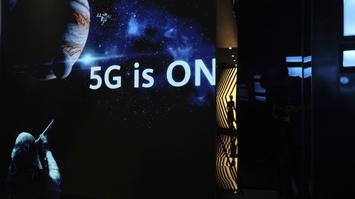 2020 was supposed to be the “year of 5G.” But at home and abroad, the coronavirus is upending plans for the rapid deployment of next-generation wireless technologies.

Rep. Adam Smith, likely the next House Armed Services chair, has said he expects future budgets to come in below $716 billion. 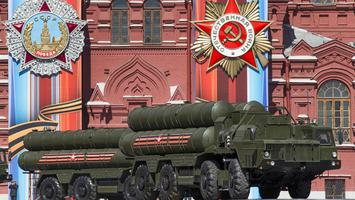 Some Democrats are skeptical of a waiver requested by the Trump administration.