The complaint marks a new chapter for allies of Sen. Kelly Loeffler, who have been reluctant to go after her GOP challenger. 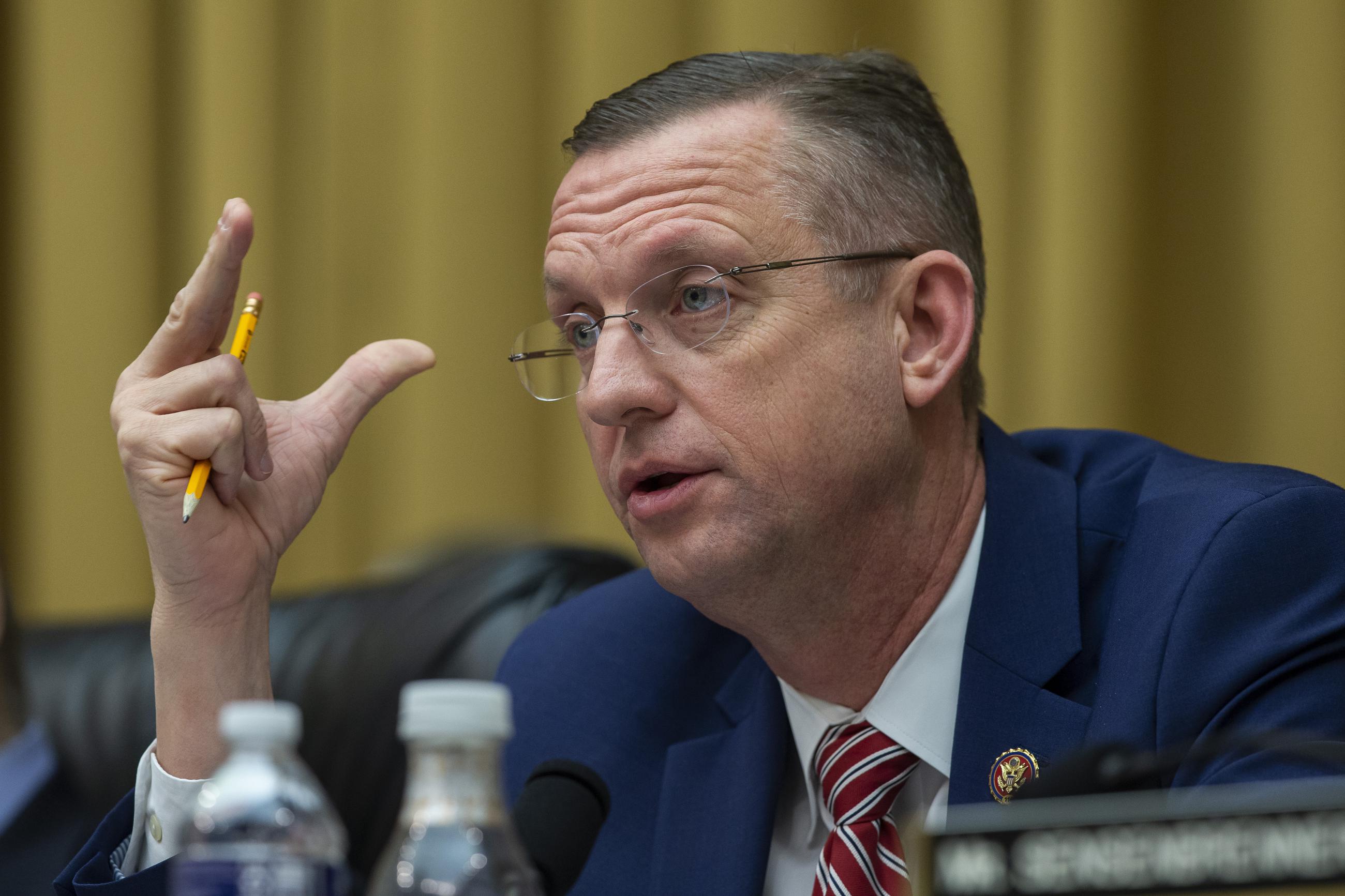 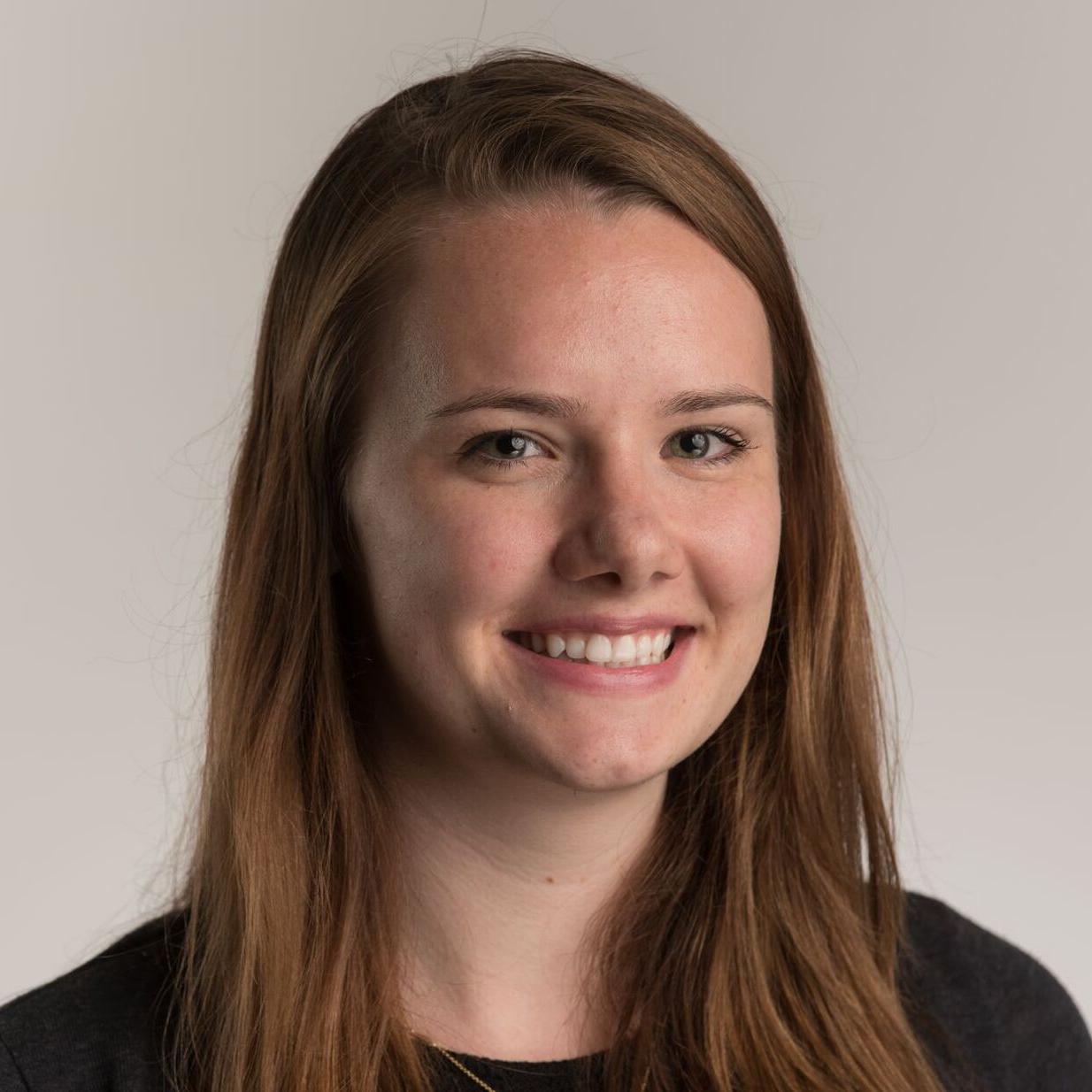 A Georgia Republican state legislator filed a complaint to the Office of Congressional Ethics on Thursday, accusing Republican Rep. Doug Collins of using House floor footage in campaign ads and calling for an investigation.

“His ongoing, flagrant use of House floor footage in campaign advertisements and solicitations is a clear violation of House Ethics rules and Federal law,” state Rep. David Clark wrote in a letter to OCE Chairman David Skaggs and members of the board.

In two complaints obtained by National Journal, Clark cited 12 Facebook ads that showed Collins on the House floor, estimating that Collins spent at least $6,600 on them since Feb. 16. Clark, who has not endorsed either Senate candidate, sent the first complaint in early March, citing an ad that ran Feb. 16 to March 10, and filed the second one Thursday.

“Make no mistake, Collins is profiting off of the back of taxpayers, and appears to not care,” Clark wrote.

Clark cited the House Ethics Committee, which states that “broadcast coverage and recordings of House floor proceedings may not be used for any political purpose.” But Collins campaign spokesman Dan McLagan dismissed the complaint, arguing that the use of House floor footage not taken directly from C-SPAN is protected under the fair-use doctrine, a component of U.S. copyright law.

“Ethics complaints like this are expected from the partisans of losing candidates,” McLagan said in an email. “It’s like a Little League dad yelling at the ref. It’s a fake argument in a silly complaint by a Kemp/Loeffler surrogate and it’s kind of embarrassing,” referring to Gov. Brian Kemp and Sen. Kelly Loeffler, whom Kemp appointed earlier this year. Collins is challenging Loeffler for her seat.

The OCE may take up to a year to review the complaint if it begins an investigation. The review would not be disclosed to the public until an investigation is completed.

The ads Clark cited vary in the degree to which they include floor footage, but the first one he reported shows CNN footage of Collins on the House floor making a speech on behalf of President Trump during the impeachment inquiry. Trump “will put his head down, even through this sham impeachment, and do his job,” Collins said in the ad. Below the video is a link to donate to his campaign.

In an interview with National Journal, Clark said he “is not picking anybody in this race” and that he was motivated to file the complaint “to hold [lawmakers] to a high standard, whether you’re a Democrat, Republican, or independent.”

Collins has “been in office for a long time,” Clark said. “As much as you want to say Kelly Loeffler is establishment … but then you see with Doug, his connections, who he hangs out with, how he's voted—it's not like he's this big conservative voter.”

Clark described himself as a strong supporter of both Trump and Kemp.

McLagan referred to clips of candidates promoting footage of their presence on the House floor, citing a tweet from Loeffler that includes broadcast footage of herself in the Capitol Rotunda. None of the videos he shared linked to campaign donations.

The battle lines within the party are complex. Loeffler has the backing of the National Republican Senatorial Committee and Senate Majority Leader Mitch McConnell’s super PAC, Senate Leadership Fund. Since her appointment, Loeffler has faced a barrage of criticism over stock transactions outlined in her personal-finance disclosures. Collins has incorporated criticism of Loeffler’s financial ethics heavily in his attacks against the incumbent.

While the NRSC has been vocal about its opposition to Collins, and the SLF has footed the bill for aggressive attack ads against him—with the implicit approval of McConnell—the Loeffler campaign has largely avoided direct attacks on her opponent.

A Republican strategist familiar with the race described this as a pivotal moment for the Loeffler campaign. In a statement Wednesday, the campaign, which has been reluctant to directly attack Collins, struck a new tone when addressing his statement about Loeffler’s coronavirus response.

The Loeffler campaign adopted a similar tone in response to Clark’s complaint against Collins on Thursday.

“As a career politician who has been in office for nearly 15 years, Doug Collins has a disastrous record of lining his own pockets with taxpayer money, raising taxes on hardworking Georgians, voting for funding for sanctuary cities, and siding with Stacey Abrams to let violent criminals off the hook,” Lawson told National Journal.

Collins, meanwhile, is a close ally of Trump and has been endorsed by a pro-Trump super PAC, but doesn’t have his endorsement. He has allies of his own among established Georgia GOP figures, including Rep. Drew Ferguson and former Georgia Public Safety Commissioner Mark McDonough, who served under Kemp. Additionally, The Atlanta Journal-Constitution reports that Collins “can count on implicit help from [state] House Speaker David Ralston, a longtime friend who has not formally endorsed anyone in the race.”

Ralston and Clark have a contentious relationship, as Clark called for Ralston’s resignation in 2019, adding to efforts by Georgia’s tea-party leaders to oust the speaker.

The complaint echoes a similar letter sent to the OCE by the Democratic Congressional Campaign Committee in January. The DCCC accused the National Republican Congressional Committee of “violating House rules … by filming Democratic members on Capitol grounds and sharing the videos on social media.” At the time, the NRCC called the complaint “frivolous” in a statement to National Journal. Unlike the complaint made by Clark, however, the DCCC accused the NRCC of using the footage in social-media posts, not campaign ads. 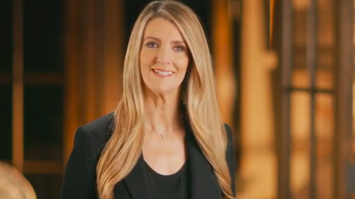 While outside groups take on Doug Collins, Loeffler secures her conservative bona fides

The newly appointed senator has blanketed the Georgia airwaves to introduce herself as a “lifelong conservative.” 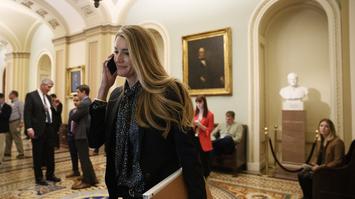 A flaw in the plan

Republicans’ hopes of appointing a senator who could appeal to Georgia’s suburban women could backfire. 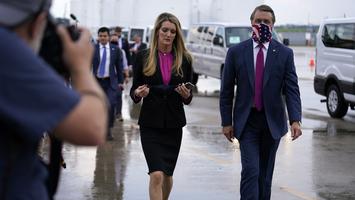 Special-election candidates are still catering to the base, while Perdue and Ossoff jockey for swing voters. 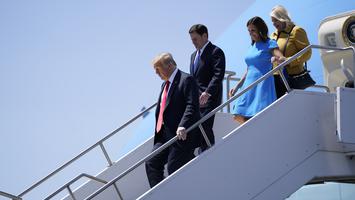 Not all Sun Belt battlegrounds are equal

Led by Mark Kelly and Joe Biden, Democrats are making inroads in Arizona, but face major hurdles in Georgia. 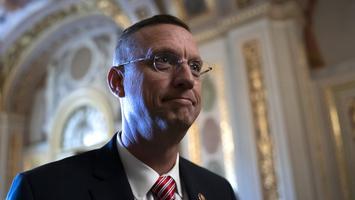 Republicans avoided two competitive Senate primaries in 2019, only to have two more pop up in the new year. 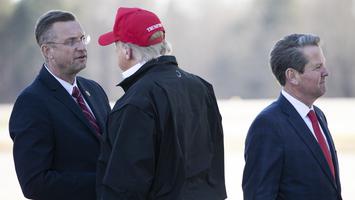 Where Did Our Love Go

For Republicans, getting a lukewarm embrace from President Trump can be just as bad as being ignored