What’s not in the Senate’s historic aid package could inform the shape of “Phase 4” legislation. 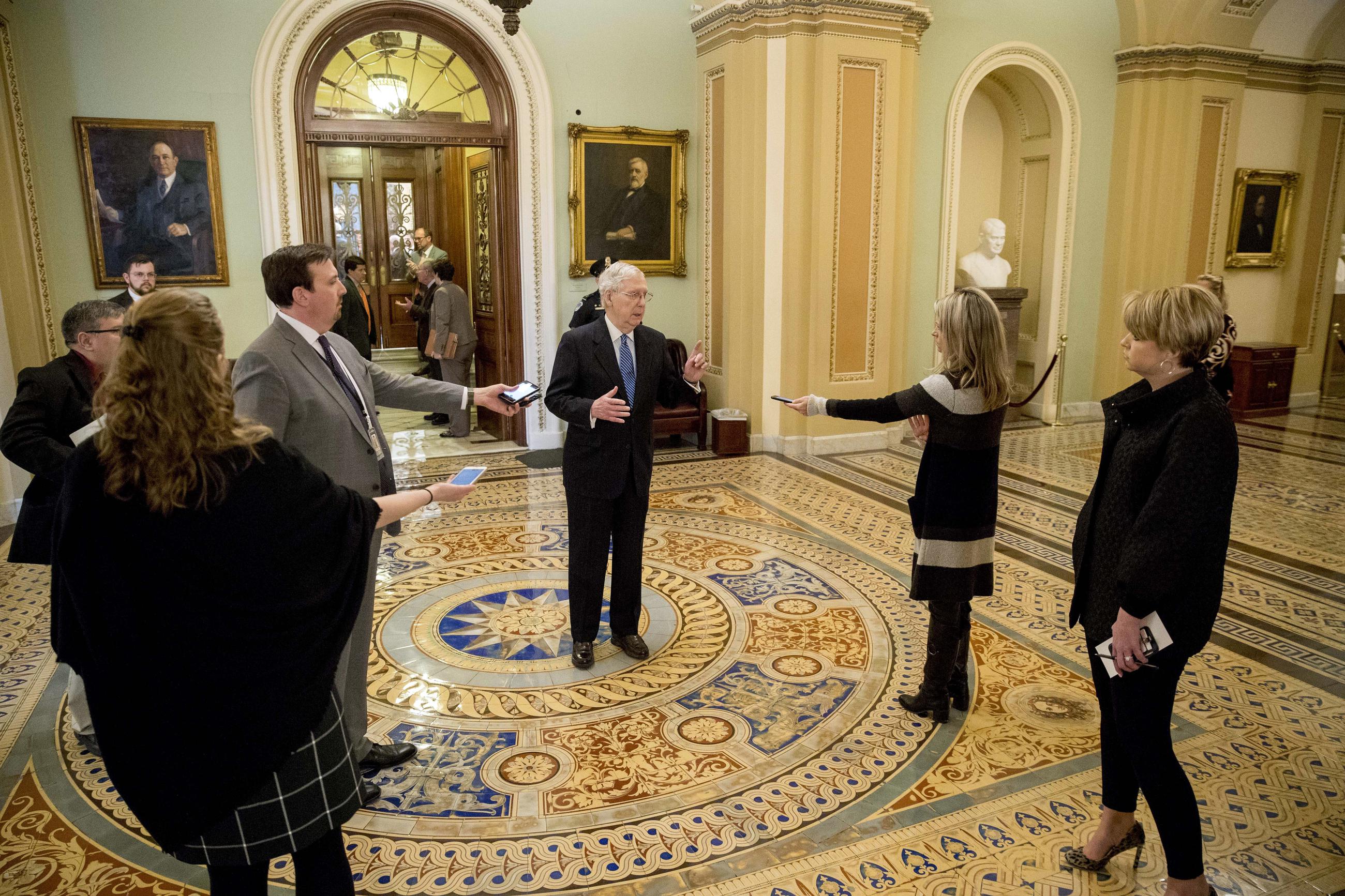 The Senate late Wednesday passed a behemoth $2 trillion aid package aimed at putting out the public health and economic fires brought on by the coronavirus pandemic.

The bill is comparable in size only to annual appropriations and encompasses policy proposals ranging from cash for individuals to aid for hospitals to loans for businesses both large and small.

But even as the Senate pushes the legislation to the House and heads home for nearly a month, lawmakers say the effort to deliver more help will begin soon.

“For all the warts that will inevitably be discovered … what we do for individuals and families, what we do to fight this virus, and what we do to save our economy from a complete collapse, those are the big important things,” Republican Sen. Pat Toomey, one of the negotiators on the final package, told reporters Wednesday. “I am sure that in coming days and weeks, we're going to realize there are other things that need to be done.”

The Senate’s 96-0 vote rushed the compromise legislation to the House. House Majority Leader Steny Hoyer said the chamber will send the bill to President Trump’s desk on Friday by voice vote.

Senate Minority Leader Chuck Schumer, the main Democratic negotiator, told colleagues that the bill includes $150 billion in relief for state, local, and tribal governments fighting the virus, including for personal and protective equipment and testing supplies. But senators Wednesday fretted that testing to aid in diagnosis was still flagging, a critical hurdle to controlling the virus and rescuing the economy.

“We must use the precious days and weeks ahead to lay the groundwork for a new strategy to fight the virus, a strategy that will allow all of us to gradually get back to work,” said Republican Sen. Tom Cotton in a floor speech. “For that to happen, we’ll need to scale-up our ability to rapidly test for the virus, as they have in South Korea, so we have a sense of where the virus is and where we must keep it contained.”

Lawmakers and activists will continue to call for additional measures as it becomes clear what is missing from a package drafted in a matter of days, with Democrats for instance still pushing for the temporary cancellation of student-loan payments. Sen. Maria Cantwell took to the floor promising to fight to maintain the supply chain of the aviation industry, which is slated to receive $46 billion in loans if the current bill is signed into law.

There are several outstanding tax provisions that were part of the discussion in the Phase 3 legislation, but didn’t make the cut. Now, it’s up to lawmakers to decide whether to try to put them in later bills.

“That’s a fraction of what’s necessary,” said Gigi Sohn, an expert in telecommunications policy at Georgetown University Law Center and a former Democratic FCC official. “This is really disappointing, because connectivity is an issue that’s directly related to the crisis. I think Congress missed a huge opportunity.”

As the November general election nears and over a dozen states have postponed their primaries, Democratic activists continue to call for expanded opportunities for citizens to vote without needing to crowd in polling places. The bill provides $400 million in grants to states attempting to hold elections during the outbreak, but senior Democratic senators had sought five times that during negotiations.

“Congress must fully fund national vote-by-mail, online registration, and early voting in the next coronavirus-response package so that states can ensure every eligible voter can cast their ballot this fall,” said Sean Eldridge, president of the progressive advocacy group Stand Up America.

Democrats had also called for a 15 percent increase in benefits offered by the Supplemental Nutrition Assistance Program along with automatic extensions during the recession. But appropriations language only included the $15.8 billion in SNAP extensions without boosting existing benefits.

The shortfall is particularly important to people who are not already on the government’s rolls and won’t benefit from direct cash payments or unemployment insurance, according to Joel Berg, CEO of Hunger Free America. That includes more-vulnerable populations, such as undocumented immigrants, schoolchildren, and senior citizens.

“All that stuff is helpful, but some of the poorest of the poor will not get the same benefit from that as middle-class people will,” Berg said in an interview. “And in any case, the overall money is inadequate.”

The comparably quick pace of Washington legislation is rivaled only by the rapid shifts in the virus itself, making it difficult to predict the contours of the next package. But speaking on the Senate floor Wednesday, Sen. David Perdue said the government would soon pivot to a “transition” phase to follow the current “mobilization” phase.

“Part of that is to make sure that we protect the parts of the economy that we can, so that when we do start to come out of this, just like every other country ahead of us in the cycle has done and is doing right now, that we’ll have our businesses in a position to reconnect with the employees that they worked so hard to develop,” the Georgia Republican said.

Delivery of the next package is hardly imminent. Senate Majority Leader Mitch McConnell said Wednesday night the body will not vote again until April 20. But the Senate will be able to pass legislation by unanimous consent during its usual pro forma sessions, and he promised to provide senators 24-hours notice should a roll call vote be necessary.

“Of course, during this unprecedented time for our country, the Senate is going to stay nimble,” McConnell said.

That echoes the House’s perspective. In a caucus-wide call to Democratic members Tuesday, Hoyer said there would likely be another aid bill, and perhaps a fifth. Members whose provisions didn’t make it into the current bill will have other opportunities.

“This compromise leaves too many low-income Americans and Americans with disabilities behind, and I am comforted to know that Speaker Nancy Pelosi has already begun working on the next phase of recovery legislation,” Democratic Sen. Tammy Duckworth said in a statement that demanded the next phase ensure women's access to health care, increase resources for anti-hunger programs, and “protect renters and homeowners from eviction.”

Nascent talks on the next package come after a contentious 72 hours in a largely empty Senate, with Republicans and Democrats lambasting their colleagues for pushing partisan proposals.

“We’re bickering about Phase Three, and we'll have Phase Four and Phase Five,” said Sen. Cory Gardner, a Republican fresh off a self-imposed quarantine after coming in contact with a positive case of COVID-19. “You know what we've done instead of patting ourselves on the back, you know what we've done? We managed to get back, I hope, to the starting line.”

UPDATE: This story has been updated to reflect the bill’s passage. 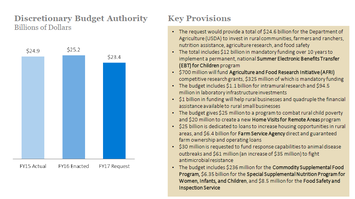 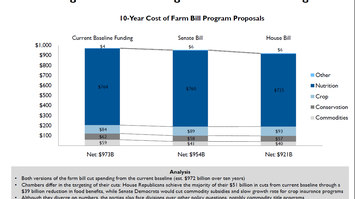 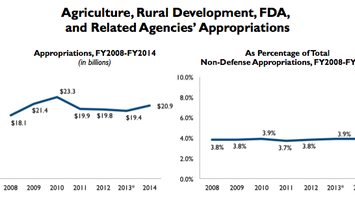 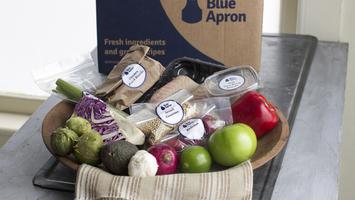 The administration’s proposal to turn the food-stamp program into a food-box program is impractical and amateurish.

Although the federal government came through with funding for food stamps through February, states are still eyeing contingency plans if the money dries up during the shutdown.