Bernie Sanders is the frontrunner—but a weak one

There’s no clear winner out of New Hampshire, but there are two obvious losers: Joe Biden and Elizabeth Warren. 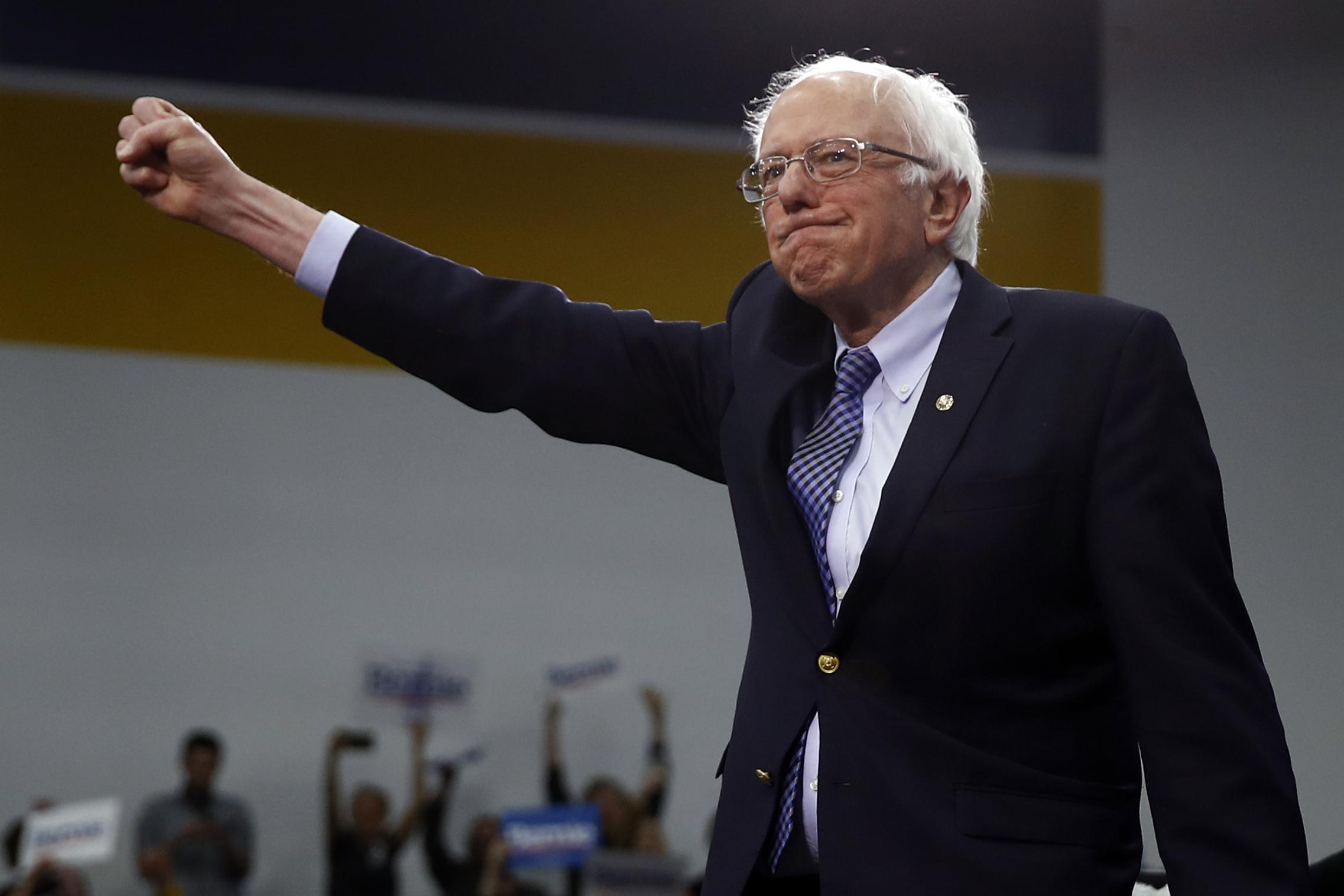 BEDFORD, N.H. -- New Hampshire voters Tuesday delivered a crippling blow against the flagging campaigns of Elizabeth Warren and Joe Biden, ratified Bernie Sanders as a nominal frontrunner, and scrambled the mix of more-moderate challengers looking to take him on. The fight for the Democratic nomination is now a messy muddle, with no clarity in sight as the free-spending Mike Bloomberg enters the picture after Super Tuesday.

The results were good news for Sanders, who notched a second straight presidential primary victory in the state. But his 26 percent showing was well short of his 2016 performance, when he comfortably won the state with 60 percent of the vote. He’s proven he can mobilize his ideologically committed base of supporters, but it’s well short of a nomination-clinching coalition. At a time when Democratic voters are obsessed about electability, Sanders still provokes anxiety among a majority of Democratic voters. (Sanders’s vote share in a crowded field fell well short of President Trump’s own 35 percent performance in a similarly divided 2016 GOP primary.)

Former South Bend Mayor Pete Buttigieg and Sen. Amy Klobuchar of Minnesota also received momentum from the New Hampshire results. Klobuchar in particular greatly exceeded expectations, and will get renewed attention as a pragmatic candidate who has both the experience and electoral track record to take on Trump. She will need to translate her growing support into a solid showing in more-diverse Nevada and prove she can raise enough money to spend in the expensive Super Tuesday battlegrounds. In a Democratic party concerned with diversity, Klobuchar may soon be the only candidate left standing that isn’t a white male.

Buttigieg, who won the most delegates in Iowa and placed a strong second in New Hampshire, would normally look like a formidable contender. But his meager support with African-American voters and glaring political inexperience remains a serious handicap. Expect a Klobuchar-Buttigieg showdown in the coming weeks that will clarify whether one of them can emerge as a moderate alternative, or whether the muddle allows Sanders to build a sizable delegate lead in the weeks ahead. Unlike Klobuchar, Buttigieg has proven he can raise the money to compete with Sanders’s impressive small-dollar donor base.

Michael Bloomberg’s presence in the race starting on Super Tuesday further complicates the path for the party to rally behind a Sanders alternative. He faces deep resistance from the party’s progressive voters, and still sports relatively high unfavorables among Democrats despite spending over $350 million on advertising. But his unlimited financial resources give him a major advantage over his moderate rivals, who won’t be able to compete in every one of the big battleground states. He’ll likely end up using his money to air attacks ads against his moderate rivals out of self-interest, which would distract from his stated mission of improving the party’s chances against President Trump.

Warren and Biden are on political life support. Neither have the resources to aggressively compete on Super Tuesday unless they make a surprising comeback in either Nevada or South Carolina. Of the two, Biden is a bit better-positioned to do so because of his longstanding support among African-American voters. But relying on a South Carolina firewall may be irrelevant if he can’t show strength anywhere else.

Warren needs a quick comeback in the Nevada caucuses, but she’s looking like a risky bet for voters given her consistently underwhelming performances—especially in her New England backyard. She’s been tone deaf to the issues that could successfully animate a populist coalition with more mainstream appeal than Sanders. And the spending needed to maintain her broad national organization isn’t sustainable without a victory somewhere soon.

There are relevant comparisons between the 2016 Republican field, where a divided establishment allowed an insurgent (Donald Trump) to prevail, and the current Democratic field. If the center-left candidates remain divided, Sanders is well-positioned to win enough delegates to enter the convention in Milwaukee with the delegate lead.

But there’s one critical difference. All of the Democratic contests allocate delegates proportionally, while Republicans allowed many states to allocate all of the delegates to the statewide winner. Those Republican rules allowed Trump to build an insurmountable lead, a luxury Sanders won’t have. The most likely long-term outcome is a muddle, with Sanders slowly racking up more delegates than his rivals but well short of the majority necessary to win the party’s nomination.

The fight to become the Democratic presidential nominee is just getting started. None of the top candidates have been able to build support beyond their own narrow factions. The only thing that looks certain is that this will be a protracted, chaotic contest. That plays right into President Trump’s hands. 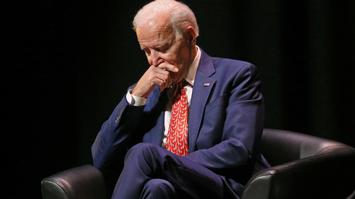 The former veep’s flip-flop on the Hyde Amendment helps preserve support with the base. But it comes at the cost of his most valuable political asset—his authenticity. 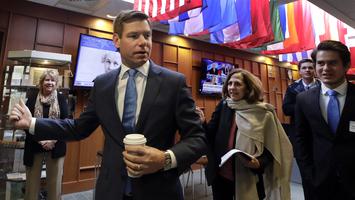 When and How the Democratic Field Will Shrink

By September, look for some candidacies to wither on the vine. 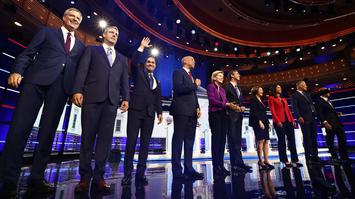 The Rorschach Tests of Early Debates

The first debate won't likely reshuffle the whole deck, but some movement toward Booker and Castro is likely. 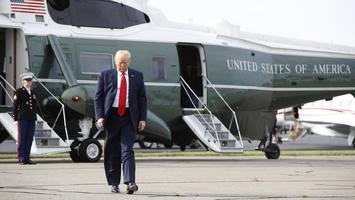 These Are the Numbers That Should Worry Trump the Most

The intensity of opposition to the president in polls is only hardening. If we see 2018-like turnout, those numbers are likely to be very accurate. 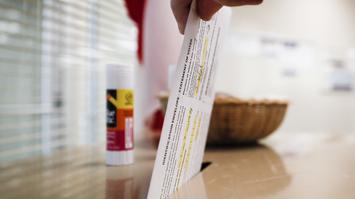 Just Who Are These Undecided Voters, Anyway? 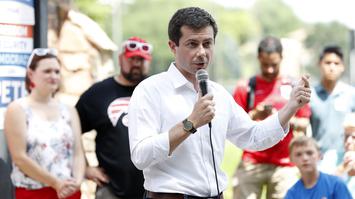 With Democrats laser-focused on electability, they're looking for any excuse to dismiss their candidates.