In the most recent display of his Obama obsession, Trump said his predecessor was responsible for the White House's air-conditioning problems. 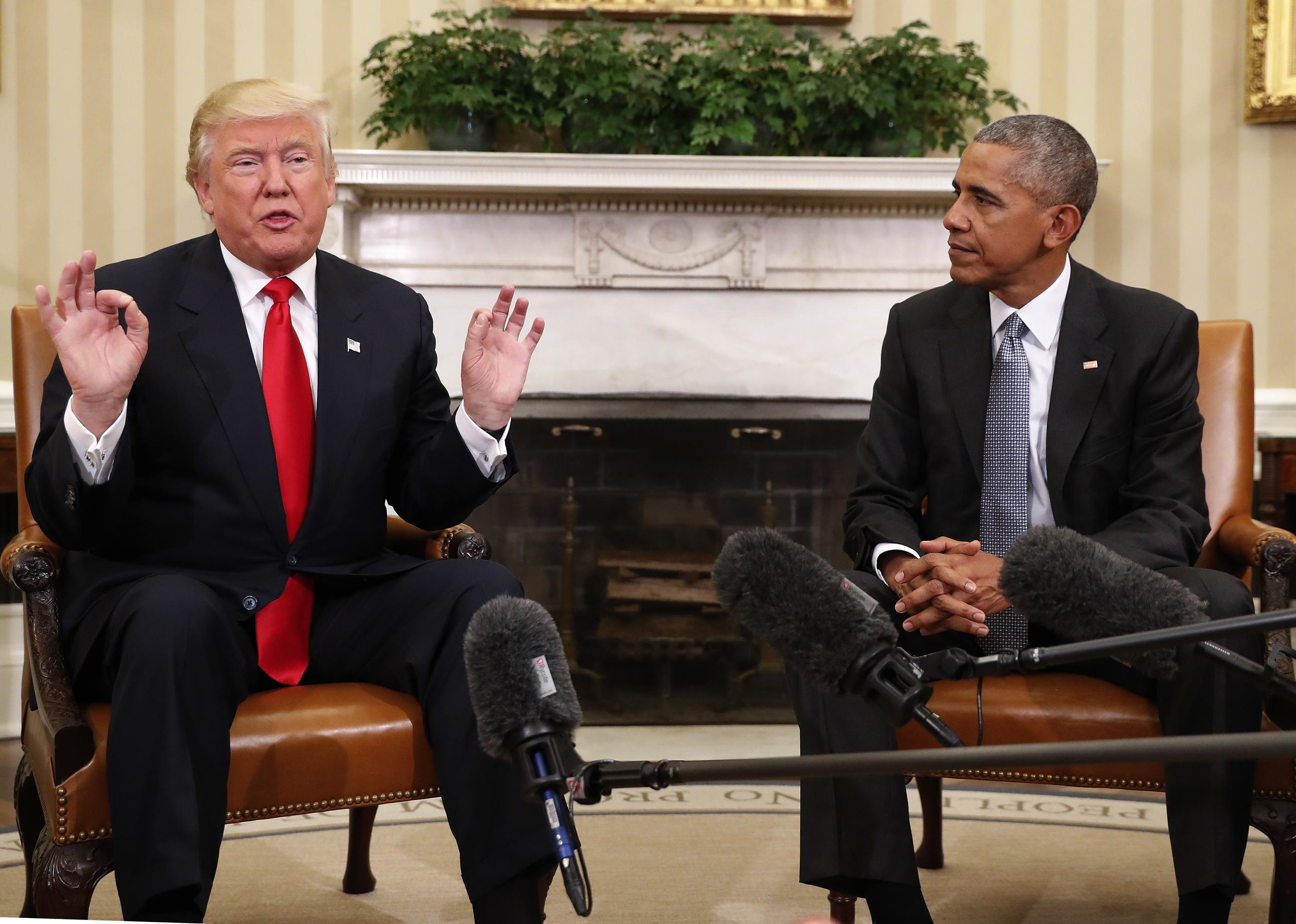 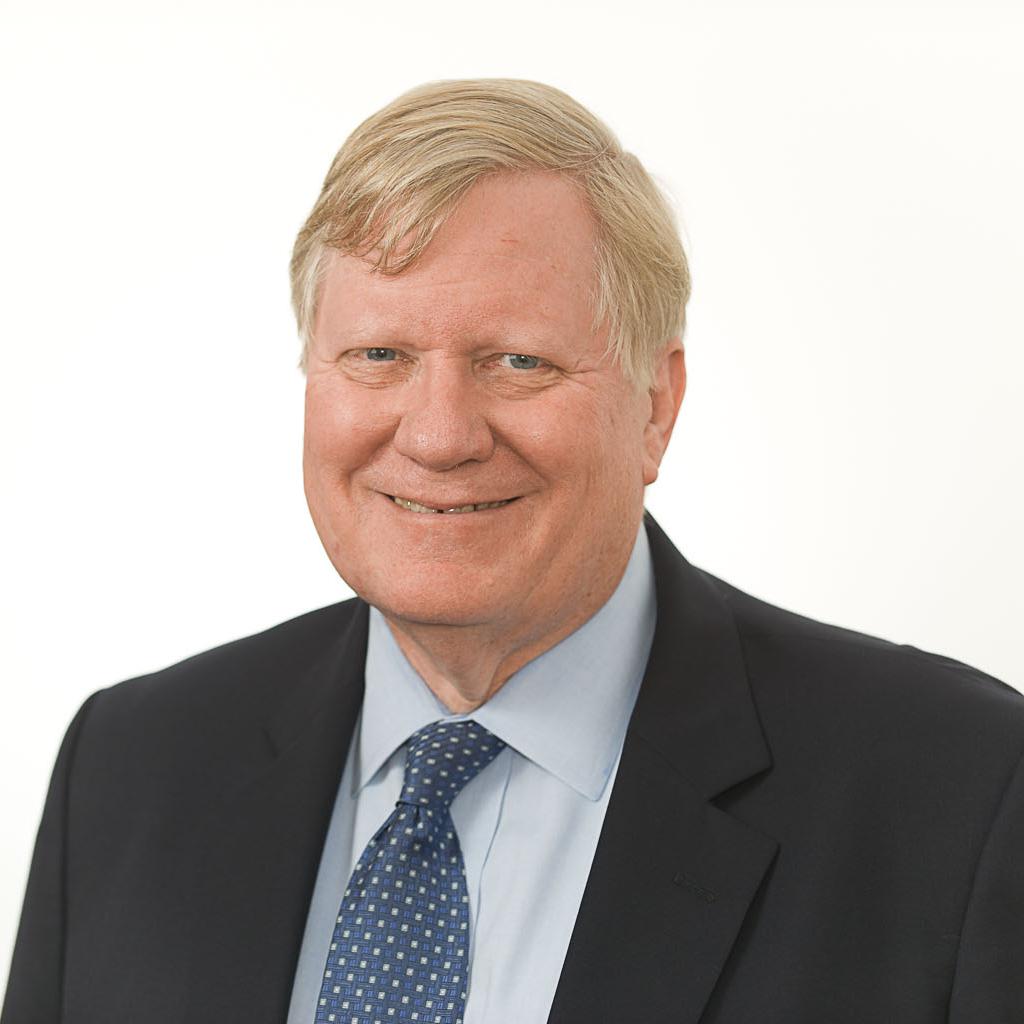 No one should be startled that President Trump has reversed many of his predecessor’s policies. In the campaign, he promised starkly different positions on Iran, climate, regulations, trade, and other areas of substance. More surprising, perhaps, are the many times he has displayed a personal animus to President Obama and gone out of his way to lash out at him in ways unseen in other presidents.

The most recent display of bad blood came last week when he inexplicably blamed Obama for faulty thermostats in the 219-year-old White House and, out of the blue, called for an investigation of his book deal. For 30 months, Trump’s most enduring go-to move has been to compare himself favorably to Obama and blame him for a wide range of faults, flaws, and failings.

Other than at the inauguration, the only time the two presidents have spoken was in the Oval Office in the days after Trump’s 2016 victory. He tweeted then, “A fantastic day in D.C. Met with President Obama for first time. Really good meeting, great chemistry. Melania liked Mrs. O a lot!” The good feelings didn’t last. Instead, Trump’s resentment of Obama has festered and grown. As recently as April, he tweeted, “I’m only here because of Biden & Obama. They didn’t do the job and now you have Trump, who is getting it done – big time!”

Only two of his anti-Obama campaign staples have been shelved. For obvious reasons, he no longer criticizes either Obama’s golfing or his use of Air Force One to get to campaign events. His obsession with Obama remains strong, as noted by former aide Cliff Sims. In his book, Team of Vipers. My 500 Extraordinary Days in the Trump White House, Sims wrote that he noticed “many times” that the president “enjoyed making comparisons to Obama that made him look better in the telling.”

Here are 25 examples of the sometimes petty, small, surprising, odd, or unexpected ways that Trump has gone after Obama:

Temperature variations in the White House

On July 26, Trump told reporters in the Oval Office that his discomfort was Obama’s fault. “The Obama administration worked out a brand-new air-conditioning system for the West Wing and it was so good before they did the system. Now that they did the system, it’s freezing or hot in here.”

Building a wall around his house

“President and Mrs. Obama built/has a ten foot Wall around their D.C. mansion/compound. I agree, totally necessary for their safety and security,” he tweeted in 2018 during the fight over a border wall. The only problem is that there is no wall protecting Obama’s home in the Kalorama neighborhood, no barrier to the stairs leading to the front door, and no compound.

Not calling the widows of fallen soldiers

At a press conference with Sen. Mitch McConnell in 2017, Trump claimed that Obama did not call the families of fallen soldiers. “If you look at President Obama and other presidents, most of them didn’t make calls,” he said. When challenged, he backtracked, saying, “President Obama, I think, probably did sometimes, and maybe sometimes he didn’t. I don’t know. That’s what I was told.”

In 2010, the Obama administration arranged for a Capital Bikeshare station to be installed on the White House grounds, part of the president’s encouragement of bicycle use. He also pushed through the $500 million TIGER (Transportation Investment Generating Economic Recovery) program, which provided grants for, among other things, urban bike-share programs. Trump repeatedly tried to kill the program.

Instead, he has redirected it, almost eliminating any bicycle funding. Additionally, his administration in its first year had the bike-share station removed from the White House. For Trump, it was no surprise. In 2015, he mocked Secretary of State John Kerry for being in a bike race. Putting his right hand up, he said, “I swear to you, I will never enter a bicycle race if I'm president.”

Not using the Oval Office

Trump loves showing off the Oval Office, often guiding guests past his West Wing desk. As The Washington Post reported in 2017, though, he often adds an anti-Obama jab to the tour. “Obama never used the Oval, but Trump is different” the president often said, referring to himself in the third person before asking his guests if Obama had ever shown them the office. “When he was invariably told no, Trump appeared to beam with pride,” reported the Post, which also noted that Obama did, indeed, use the office.

Watching too much television

The strangest criticism of Obama was when Trump, who watches more television than any president, contended that Obama, who rarely watched cable news, spent too much time in front of a set. The Post quoted several visitors to the White House as saying Trump pointed to the private dining room off the Oval Office and said that was where Obama watched TV. “He just sat in there and watched basketball all day,” Trump told one group.

Begging Kim Jong-un for a summit

In June, Trump insisted that Obama “was begging for a meeting” with the North Korean dictator. Because all the evidence contradicts this claim, the Post gave the president “Four Pinocchios.”

One of Trump’s odder criticisms of Obama is his frequently voiced observation that Obama did not fill all judicial vacancies. “When I got in, we had over 100 federal judges that weren’t appointed,” he said in Ohio in 2018. “I don’t know why Obama left that. It was like a big, beautiful present to all of us. Why the hell did he leave that? Maybe he got complacent.” Never once does he mention that the new Republican majority in the 2015-16 Senate aggressively blocked the confirmation of Obama’s judges.

Spending too much on the embassy in London

In 2018, he blamed Obama for the cancelation of his trip to London. He tweeted: “Reason I canceled my trip to London is that I am not a big fan of the Obama Administration having sold perhaps the best located and finest embassy in London for ‘peanuts,’ only to build a new one in an off location for 1.2 billion dollars. Bad deal.” The only problem is that the decision to relocate was made by President George W. Bush, not Obama.

In 2017, Trump maintained the tradition of pardoning two turkeys before Thanksgiving. What was different this year is that he looked back at the turkeys Obama had pardoned the year before. “I have been informed by the White House Counsel’s office that Tater and Tot’s pardons cannot, under any circumstances, be revoked.” It was a joke, but one that betrayed his obsession with undoing everything Obama had done.

The crowd at his inauguration

For months after his inauguration, he kept returning in private conversations to his insistence that his crowd was bigger than Obama’s. Aides could not deter him.

Not being investigated by Republicans

“The Dems and their committees are going ‘nuts.’ The Republicans never did this to President Obama,” he tweeted earlier this year. In the Oval Office last month, he said, “Frankly, the Republicans were gentlemen and women when we had the majority in the House. They didn’t do subpoenas all day long.” He failed to note that between 2011 and 2017, when Republicans had some subpoena control, they used the power liberally, launching investigations of the IRS, Benghazi, Solyndra, Operation Fast and Furious, the Affordable Care Act website, the Veterans Administration, and other Obama policies.

In 2012, Trump asked in a tweet, “Is Obama a total racist?” In other tweets, he suggested Obama was so bad “you won’t see another black president for generations!” After his recent remarks on Baltimore, he cited his policies toward African-Americans in an interview with C-SPAN, saying, “If President Obama did that it would have been great. When I do it people don’t want to talk about it.”

Not warning him on Michael Flynn

When his first national security adviser, Michael Flynn, got in trouble, Trump blamed Obama for not warning him of problems. He tweeted, “why was I not told so I could make a change?” Of course, Obama had warned him 48 hours after the election and was the one who had fired Flynn years earlier.

Getting a book deal

Trump was frustrated last week when he told reporters the investigations of him were a “disgrace.” He added, “We want to find out what happened to the last Democrat president. Let’s look into Obama the way they’ve looked into me. From Day One, they’ve looked into everything we’ve done. They could look into the book deal that President Obama made. Let’s subpoena all of his records.”

Getting a deal with Netflix

Trump has privately complained about the deal Barack and Michelle Obama signed with Netflix to produce series and films for the video streaming service, fearing the projects will target him.

Planning a raid in Yemen

When a raid in Yemen early in his term went bad, costing the life of Navy SEAL William “Ryan” Owens, Trump blamed Obama and his generals. “This was a mission that was started before I got here … They lost Ryan,” he told Fox & Friends.

When large protests broke out after his inauguration, Trump blamed Obama. “I think he is behind it,” he told Fox & Friends.

More than a year after winning the election, Trump’s website was still targeting Obama. The Post discovered that his website was coded to give this message if there was an internal server error: “Oops! Something went wrong. Unlike Obama, we are working to fix the problem … and not on the golf course.” Two problems: 1) Trump had been golfing for several days in a row at the time and 2) the coding was flawed and the message was garbled.

Thinking there are 57 states

Ten years after candidate Obama stumbled over his words at a campaign stop, Trump resurrected them out of the blue to fuel his sense of grievance against his news coverage. “When President Obama said that he has been to ‘57 States,’ very little mention in Fake News Media. Can you imagine if I said that…story of the year!” he tweeted in 2018.

Having a low IQ

Trump has tweeted that his IQ is “much higher” than either Obama or George W. Bush and tweeted in 2018 that he is “a very stable genius.”

Having a low approval rating

Trump really cares if he is more popular than Obama was, always relying on suspect numbers from right-leaning Rasmussen Reports. Typical was his tweet on April 3, 2018: “Just hit 50%, which is higher than Cheatin’ Obama at the same time in his Administration.”

Not talking about Pearl Harbor

During the campaign, he found fault in Obama’s agenda when in Japan. “Does President Obama ever discuss the sneak attack on Pearl Harbor while he’s in Japan? Thousands of American lives lost,” he tweeted. In his three trips to Japan as president, Trump has not raised the topic.

He had only been president for 43 days when he tweeted, “How low has President Obama gone to tapp my phones during the very sacred election process. This is Nixon/Watergate. Bad (or sick) guy!”

Size matters to Trump. As he tweeted before a Montana rally Nov. 3, 2018, “at least everybody admits that my lines and crowds are far bigger than Barack Obama’s.” 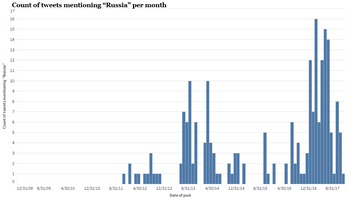 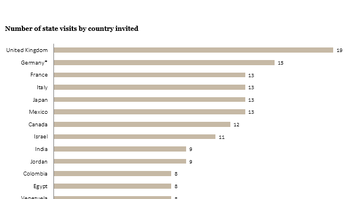 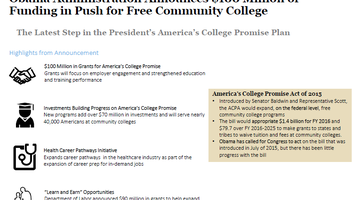 The Latest Step in the President's America's College Promise Plan 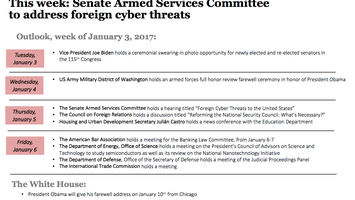 Outlook for Congress and the White House, January 3-6 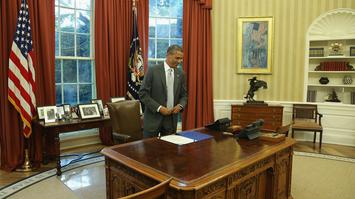 The Executive Office of the President appears to be aware that sitting all day has its downsides. 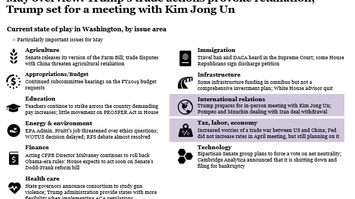